India in Absolutely No Rush to Find Duncan Fletcher's Replacement

While several names have done the rounds to take over as head coach, Team India will travel to Bangladesh with team director Ravi Shastri - alongwith batting, bowling and fielding coaches. 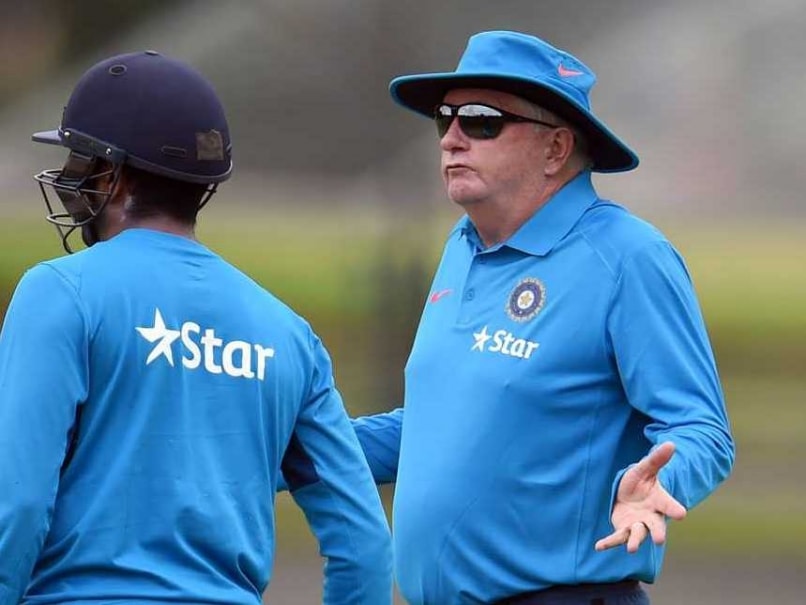 What, no replacement? File photo of Duncan Fletcher during a Team India practice session.© AFP
Mumbai:

India have been without a head coach since Duncan Fletcher left in March, and with two low-profile tours in the offing and the appointment of a new advisory panel just this week, the country's cricket board appears in no rush to name a successor.

Former captain Ravi Shastri will continue in his role as the team directorwhen they embark on a tour of Bangladesh next week, and they are also unlikely to have a head coach when they travel to Zimbabwe in July. (Seniors backed Shastri as team director: BCCI official)

Fletcher's term came to an end after India's semi-final defeat at the World Cup in Australia and New Zealand.

While the BCCI are taking their time to find the right candidate, they will hope to have a new head coach in place before hosting South Africa in October.

Former skipper Sourav Ganguly, despite having no coaching experience, has been tipped by local media as the frontrunner to replace Zimbabwean Fletcher.

However, the BCCI instead named the 42-year-old to a three-member advisory committee, which also includes greats Indian Sachin Tendulkar and VVS Laxman. (Full report here)

Local media said the BCCI would seek their input, as well as that of Virat Kohli and Mahendra Singh Dhoni, in the search for a new head coach.

Ganguly appeared to be in the dark about the panel's responsibilities.

"I have just come to know about the committee, rest I don't know," he said. "I don't even know what is the role of the advisory committee. (But) I am happy to work with Sachin and Laxman".

According to the BCCI, the advisory panel would guide the national team in improving their performance on overseas tours, provide direction to nurture talent, and recommend steps to strengthen domestic cricket.

India are widely known as poor travellers and the team have not won a test series outside the subcontinent since their 1-0 victory in West Indies in 2011.

"I am happy to note that our eminent cricketers have come forward to lend their experience and insights as we work towards a common goal of taking Indian cricket to greater heights," BCCI President Jagmohan Dalmiya said in a statement.

"The coming generations are bound to benefit from the guidance that will be provided by these luminaries and will go a long way in strengthening our existing system."

Comments
Topics mentioned in this article
India Cricket Team BCCI Duncan Andrew Gwynne Fletcher Ravi Shastri Cricket
Get the latest updates on ICC Women's Cricket World Cup 2022 and IPL 2022, check out the Schedule , Live Score and IPL Points Table. Like us on Facebook or follow us on Twitter for more sports updates. You can also download the NDTV Cricket app for Android or iOS.