"Achieved All I Wanted, Never Overstay Your Welcome": India Head Coach Ravi Shastri Gears Up For End Of Tenure

Ravi Shastri said he has no doubts that he is going out at the right time, having "over-achieved" during his stint as head coach of Team India. 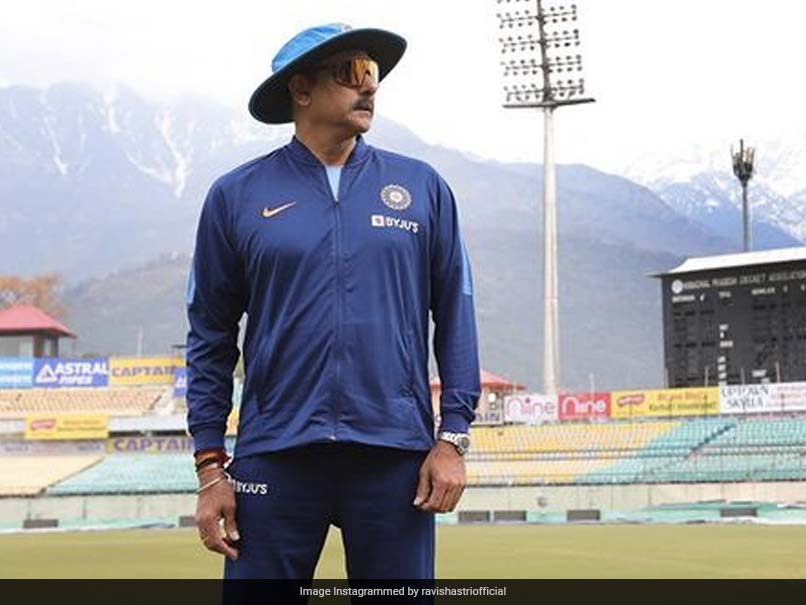 Ravi Shastri's 1st stint as head coach began in 2017 before he was reappointed in 2019.© Instagram

His tenure set to end after next month's T20 World Cup, India head coach Ravi Shastri conceded that there would be a bit of "sadness" but he has no doubts that he is going out at the right time, having "over-achieved" during his stint. Shastri's first stint as head coach began in 2017 before he was reappointed in 2019. The T20 World Cup starts on October 17 in the UAE. The 59-year-old is currently in quarantine here after testing positive for COVID-19. Speaking to 'The Guardian', Shastri said to win the T20 World Cup would be special but the team has already done special things in his time.

"I believe so because I've achieved all I wanted. Five years as No.1 (in Test cricket), to win in Australia twice, to win in England.

"I spoke to Michael Atherton earlier this summer and said: 'For me, this is the ultimate - to beat Australia in Australia and win in England in Covid times.' We lead England 2-1 and the way we played at Lord's and the Oval was special," said the former player.

India were leading 2-1 against England when the fifth and final Test in Manchester was called off after a COVID-19 outbreak in the touring camp.

"We've also beaten every country in the world in their own backyard in white-ball cricket. If we win the (T20) World Cup that will be the icing on the cake. There is nothing more.

"I believe one thing - never overstay your welcome. And I would say that, in terms of what I wanted to get out of the side, I've over-achieved. To beat Australia away and to lead the series in England in a COVID year? It is the most satisfying moment of my four decades in cricket."

The flamboyant coach would love to sign off with an ICC trophy, which the team has not lifted during the Shastri-Virat Kohli phase.

"We're going to give it everything. Absolutely. We've got the team to win if we play to our potential. Above all we're going to enjoy it.
Forget Test match pressure. T20 cricket is meant to be enjoyed. I plan on going out on a real high," he asserted.

"Yes there will be sadness it's ending because I've worked with so many great players and personalities. We've had some great times in the dressing room. But, above all, the quality of our cricket and the results we've achieved has made it one heck of a journey," he said.

He also spoke on the emergence of Jasprit Bumrah as a lethal Test bowler in his tenure.

"No one believed Jasprit Bumrah could play Test cricket. He was a white-ball bowler. But when I took over as coach I asked myself: 'How do I take 20 wickets overseas?'

"I knew I needed four great fast bowlers because I had played so much Test cricket against the West Indies. It started in South Africa in 2018 and we lost that fantastic series 2-1. I wanted to unleash Bumrah in that first Test in Cape Town.

"I bounced the idea off Virat months before and told the selectors: 'Do not unleash him in India. I don't want the world to see him in Test cricket before Cape Town.'