India Are A Powerhouse At Home, Need To Adapt Quickly To Challenge Them: Tim Southee

IND vs NZ: Kiwi pacer Tim Southee feels India are a "powerhouse" in their own backyard and the travelling Black Caps will need to adapt quickly to the country's spin-friendly conditions. 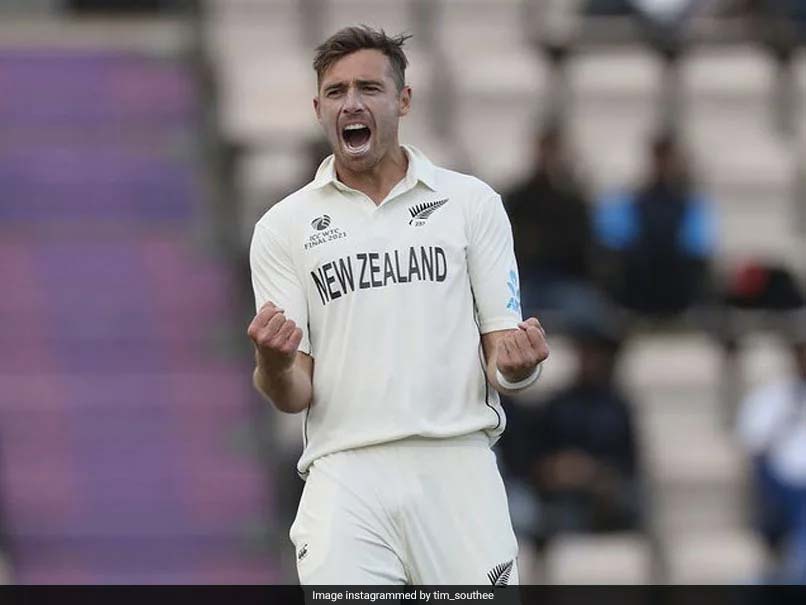 IND vs NZ: Tim Southee celebrating a wicket against India in the WTC Final© Instagram

Experienced New Zealand pacer Tim Southee feels India are a "powerhouse" in their own backyard and the travelling Black Caps will need to adapt quickly to the country's spin-friendly conditions to have any hope of upsetting the hosts in the upcoming two-Test series. This will be the first meeting between the two teams in Test cricket since the World Test Championship final in June, which India lost. New Zealand suffered a 0-3 humiliation against India in their last tour in 2016.

The first Test of the upcoming tour will be played in Kanpur from November 25 to 29 followed by the a match in Mumbai from December 3 to 7. The Test matches will be preceded by three T20Is to be played in Jaipur (November 17), Ranchi (November 19) and Kolkata (November 21), respectively.

"It's been a long time since we played India in India...they are a powerhouse in their own conditions. Such foreign conditions we are not used to, so we need to adapt to the conditions as quick as possible," Southee said after New Zealand announced a 16-member squad for the tour.

Southee said the inaugural WTC crown is a thing of the past now as new Test cycle begins with the India tour.

"New cycle is exciting. A great place to go on tour and test yourself against a very good opposition and in trying conditions. It's great to be part of the last cycle. We hit the reset button and looking forward to the next 2 year cycle.

"Test cricket is something I absolutely love and any chance to get to play is a special moment. Representing your country at the highest level is truly an honour."

Southee said touring has drastically changed for cricket teams due to the COVID-19 pandemic.

"Not only touring life, life in general has changed for a number of people and as cricketers we also had to adapt to that. Lot of times in bubbles, lot of time in quarantine, so it's changed the way we have travelled. One of the positive side is we spent a lot of time together as a team."

Southee's young pace colleague Kyle Jamieson said playing India in India is one of the "greatest challenges" for any Test playing nation.

"We have got one of the greatest challenges coming up, playing India in India. So, for me, that's gets me out of bed every day and challenge yourself against the best in the world in tough conditions.

"Different challenge in India, that's what you want to do in international cricket you want to challenge yourself in different conditions and formats," he said. The 26-year-old lanky right-arm fast bowler too feels that life of a sportsman has changed due to COVID.

"It's certainly been a challenge over the last 6-8 months around. Different series, different countries and being away from home in bubble life, so it's not easy. You try and separate them as much as you can. It's a massive learning process."

Tim Southee Kyle Jamieson Cricket
Get the latest updates on SA vs IND 2021-22, check out the Schedule and Live Score . Like us on Facebook or follow us on Twitter for more sports updates. You can also download the NDTV Cricket app for Android or iOS.