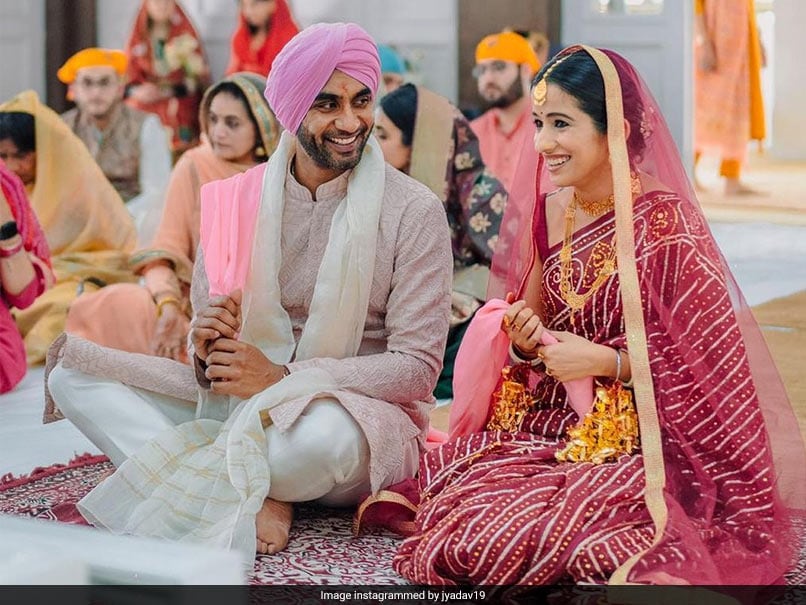 India all-rounder Jayant Yadav took to Instagram to reveal that he has tied the knot with Disha Chawla. Jayant Yadav posted a couple of pictures with his wife and captioned the post as "Better together," along with a heart emoji. The couple got engaged on November 22 in 2019. Soon after Jayant posted the pictures, cricketers and fans flooded the comments section with congratulatory messages for the couple. India leg-spinner and Jayant's state-mate Yuzvendra Chahalwas one of the first among the cricket fraternity to extend wishes to the couple.

The all-rounder featured in the final of the Indian Premier League (IPL) last year, playing for the reigning champions Mumbai Indians.

He provided Mumbai Indians with the important wicket of Shikhar Dhawanin the summit clash against Delhi Capitals that helped the Rohit Sharma-led side to a record-extending fifth IPL title.

Jayant Yadav made his Test debut against England in 2016.

He scored his maiden hundred in the longest format of the game in his third Test in Vizag.

Jayant played his only One-Day International against New Zealand in Vizag back in 2016.

He bowled just four overs and picked up a wicket.

The all-rounder was last seen in action in the Syed Mushtaq Ali tournament.

Jayant Yadav picked up seven wickets in the domestic T20 tournament, including a four-wicket haul against Mumbai.

Mumbai Indians Cricket Jayant Yadav
Get the latest updates on IPL 2021, check out the IPL 2021 Schedule and Indian Premier League Live Score . Like us on Facebook or follow us on Twitter for more sports updates. You can also download the NDTV Cricket app for Android or iOS.