India "A Powerhouse" Across Formats, Says Craig McMillan Ahead Of New Zealand Tour

Craig McMillan feels New Zealand will have to win in two out of three formats against India to be eligible for at least the "pass marks". 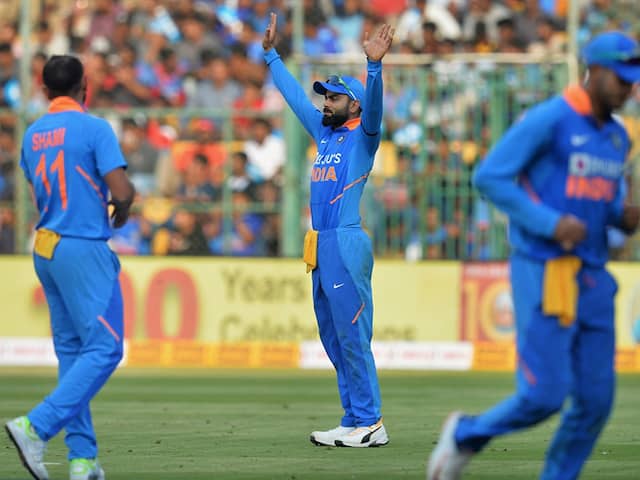 New Zealand are up against a "powerhouse" in the visiting Indian cricket team, says former all-rounder Craig McMillan who feels the Black Caps will have to win in two out of three formats to be eligible for at least the "pass marks". New Zealand will host India for five Twenty20s, three ODIs and two Tests beginning here on January 24 and the hosts will be desperate to bounce back from the recent 0-3 Test drubbing at the hands of Australia.

"It's big. This whole Indian tour is big after what happened in Australia,"

McMillan was quoted as saying by 'Radio Sport Breakfast'.

"This Indian side are a powerhouse. Doesn't matter if it's Tests, ODIs, T20s, they are the real deal so it's going to be a really intriguing tour. For New Zealand to get a pass mark for this tour they need to win two of the three series."

The series against India will start with the T20 rubber on Friday and McMillan feels with the ICC T20 World Cup scheduled to be held later this year, it is imperative for New Zealand to win this assignment.

"Five Twenty20s to start and I know it's not everyone's favourite format of the game but we've got a T20 World Cup later in the year in October in Australia so straight away these five matches become important. Because of the performance in Australia we need to start winning again and get that support back," he said.

"They're still trying to find in T20 what our best side is. We've just seen the Super Smash and there's an opportunity for some young guys who performed in that to be given a chance," McMillan added.

New Zealand Cricket Team Craig McMillan Cricket
Get the latest Cricket news, check out the India cricket schedule, Cricket live score . Like us on Facebook or follow us on Twitter for more sports updates. You can also download the NDTV Cricket app for Android or iOS.