India A Complete One-Day Series Sweep vs New Zealand A

India A won the third and final match by a convincing 75-run margin. 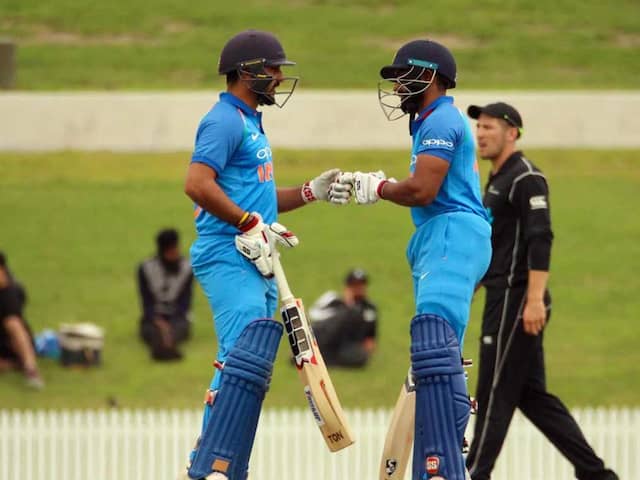 Anmolpreet Singh made an 80-ball 71 in a winning cause for India.© NZC

India A registered a 3-0 clean sweep against New Zealand A in a three-match series held at Bay Oval in Mount Maunganui. India A won the third match by a 75-run margin, as New Zealand A were bundled out for 200 while chasing a 276-run target. The Kiwis unfortunately were unable to lock into a lengthy, match-winning partnership in their chase of 276. For India, Ankit Bawne scored 48 runs to set up a handsome 275-run total, while Anmolpreet Singh made an 80-ball 71.

In response to the total, New Zealand A's D Mitchell (30) and T Seifert gave their best shot, but failed to curb a batting collapse.

For India, Sidhartha Kaul was the pick of the bowlers, who picked four wickets, giving away only 37 runs.

In the second game, skipper Manish Pandey had scored a sublime century to guide India A to a comfortable five-wicket win on Sunday. With the victory, India A had taken an unassailable 2-0 lead in the three-match rubber. Chasing a target of 300, Manish had played an unbeaten 111-run knock off 109 balls, taking India A across the line with six balls to spare. Shreyas Iyer (59) and Vijay Shankar (59) provided excellent support to Manish in the tricky run-chase.

Manish Pandey Cricket
Get the latest Cricket news, check out the India cricket schedule, Cricket live score . Like us on Facebook or follow us on Twitter for more sports updates. You can also download the NDTV Cricket app for Android or iOS.