India vs England: Ben Stokes Boards A Flight To India Ahead Of Test Series. See Pic

India vs England: England all-rounder Ben Stokes on Saturday took to social media to share a picture as he boarded a plane ahead of their upcoming Test series against India. 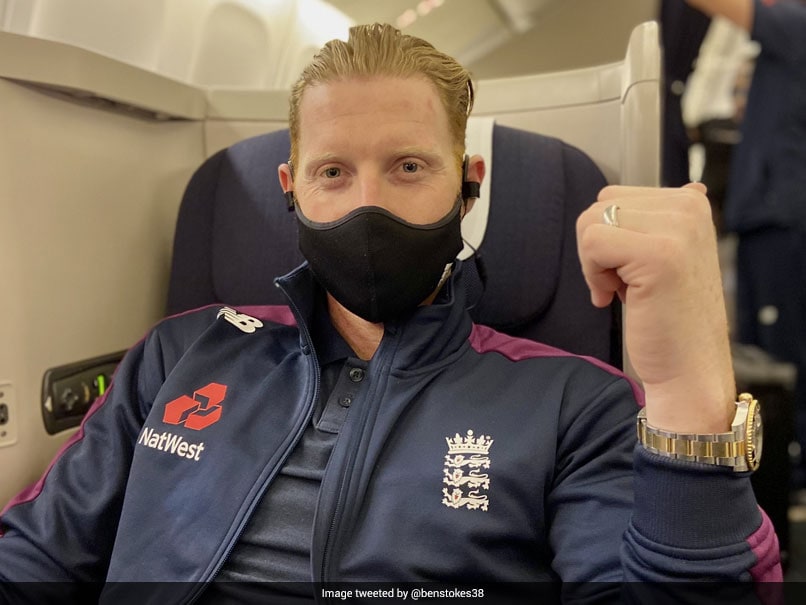 IND vs ENG: Ben Stokes onboard a flight to India on Saturday.© Twitter

England all-rounder Ben Stokes on Saturday took to social media to share a picture as he boarded a plane ahead of their upcoming Test series against India. Stokes, who was rested for England's ongoing Test series in Sri Lanka, is among the first English players to leave for India, while his other teammates, including skipper Joe Root, are currently in Galle playing in the second Test against Sri Lanka. The four-match Test series against India begins next month, with the first two games to be staged behind closed doors at Chennai's MA Chidambaram Stadium.

The England and Wales Cricket Board (ECB) on Thursday announced a 16-man squad along with six reserve players for the first two Test against India.

Apart from Stokes, wicketkeeper-batsman Jos Buttler and fast bowler Jofra Archer have also returned to the side as the ECB named a strong side to challenge India in their own backyard.

Speaking about Stokes and Archer's inclusion, skipper Joe Root said that duo's return gives their side a major boost going into a tough series against a quality Indian side, high on confidence after a historic series win in Australia.

"You speak to any side in the world, those two guys coming back into it would give the squad a huge boost and it's certainly the case for us," said Root.

"We are excited to see them back in and around the squad. Hopefully they are full of energy and ready to go when they get here," he added.

Stokes was last seen in action playing for Rajasthan Royals in the IPL 2020 that took place in the UAE between September and November last year. Stokes had missed the first half of the cash-rich league due to his father's illness but joined his franchise mid-way and played a couple of crucial knocks but couldn't help his team qualify for the playoffs.