England will play five one-day internationals, three Tests and a one-off T20 between October 10 and November 27. 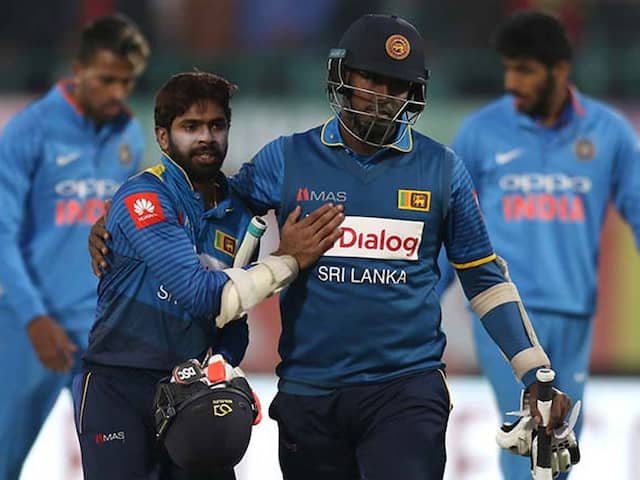 Cricket's world governing body said Wednesday players would be briefed about the risk of approaches from "corrupters" during England's upcoming tour of Sri Lanka amid fears of match-fixing. The International Cricket Council's (ICC) anti-corruption chief Alex Marshall said Sri Lanka was the subject of corruption inquiries but the England tour itself was not under question. "However, I will take the opportunity to brief both the teams over the coming days to ensure they remain alert to the risks from would be corrupters," Marshall said in a statement.

TV news channel Al Jazeera broadcast a documentary in May showing a groundsman and a player allegedly discussing possibilities of altering the pitch at Galle where England will play their first Test against the hosts from November 6.

England will play five one-day internationals, three Tests and a one-off T20 between October 10 and November 27.

Galle groundsman Tharanga Indika and professional cricketer Tharindu Mendis allegedly speculated about fixing the pitch to ensure a result in under four days in the Test against England.

Both men have been suspended by Sri Lanka Cricket, pending the outcome of an ICC investigation. A third man, provincial coach Jeevantha Kulathunga, was also suspended.

Marshall said ICC investigators were currently in Sri Lanka, but declined to elaborate.

"I can confirm that we have, at their request, provided a detailed briefing to the Sri Lankan President, Prime Minister and Sports Minister," Marshall said.

Sri Lankan players and umpires have been accused of match-fixing in the past.

Jayananda Warnaweera, a former curator at Galle, was suspended by the ICC for refusing to cooperate with a corruption inquiry. His three-year ban ends in January.

No big-name Sri Lankan player has ever been convicted of corruption but several stars have alleged match-fixing and spot-fixing.

Sports Minister Faiszer Musthapha promised tougher laws and a special police unit to deal with match-fixing after the Al Jazeera documentary made sweeping allegations of corruption.

He said existing laws were inadequate to deal with match-fixing and other forms of cheating.

Sri Lanka Cricket Team Galle International Stadium, Galle International Cricket Council Cricket
Get the latest updates on IPL 2020, check out the IPL Schedule for 2020 and Indian Premier League (IPL) Cricket live score . Like us on Facebook or follow us on Twitter for more sports updates. You can also download the NDTV Cricket app for Android or iOS.