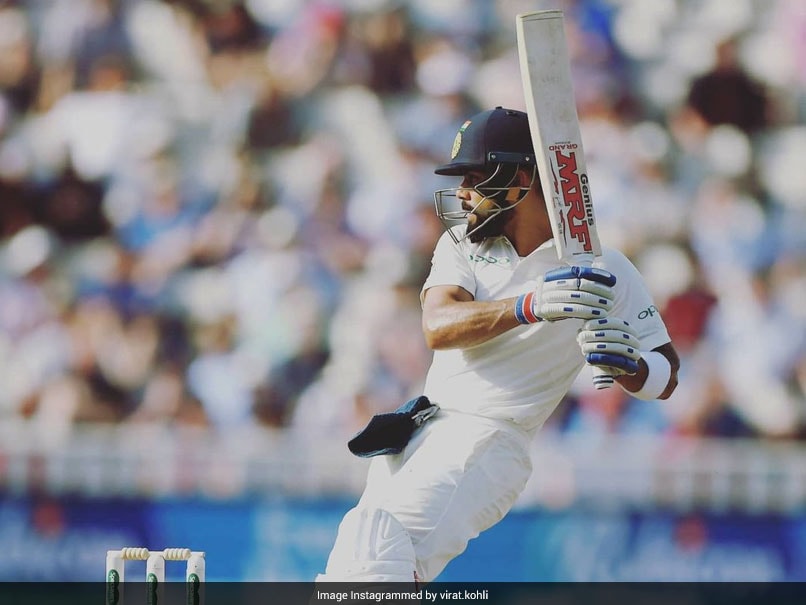 Virat Kohli retained his No. 5 position in the ICC Test rankings for batsmen.© Virat Kohli/Instagram

India skipper Virat Kohli, and wicketkeeper-batsman Rishabh Pant and opener Rohit Sharma have held on to their fifth and joint-sixth positions respectively in the latest ICC Test rankings for batsmen. Pant and Rohit are the joint-holders of the sixth spot in the rankings. New Zealand opening batsmanDevon Conwayhas entered the rankings, and he is at the 77th position with a record 447 rating points, the highest for a New Zealand debutant and the third-highest ever on debut.

The 29-year-old left-hander, who scored 200 and 23 in the drawn first Test against England at Lord's, entered the list at two points less than RE Foster of England and one less than Kyle Mayers of the West Indies.

Foster had slammed 287 on debut against Australia in Sydney in 1903 for the record of 449 rating points, while Mayers had scored 40 and 210 not out in the first Test against Bangladesh in Chittagong in February this year to log 448 points.

Conway, who is currently ranked fourth in T20Is and 121st in ODIs, bettered the New Zealand mark of 440 rating points on Test debut by Lou Vincent against Australia at Perth in 2001.

Fast bowler Tim Southee is another one to make it big in the latest update to the men's weekly rankings, his second six-wicket haul at Lord's pushing him to a career-best third position while achieving the third-best rating points by a New Zealand bowler. He has gone up to 838 points, with only Richard Hadlee (909) and Neil Wagner (859) having achieved higher bowling points.

Among the England players, Rory Burns has moved up 21 places to 22nd position after his century in the first innings while Ollie Pope (up to seven places to 52nd) and Dom Sibley (up 17 places to 55th) have also advanced among batsmen.

Mark Wood, who finished with four wickets in the match, has progressed from 48th to 42nd position and captain Joe Root is up to 82nd among bowlers. Debutant Ollie Robinson has entered the batting list in 91st position and the bowling list in 69th place.

Rohit Sharma
Get the latest updates on ICC T20 Worldcup 2022 and CWG 2022 check out the Schedule, Live Score and Medals Tally. Like us on Facebook or follow us on Twitter for more sports updates. You can also download the NDTV Cricket app for Android or iOS.