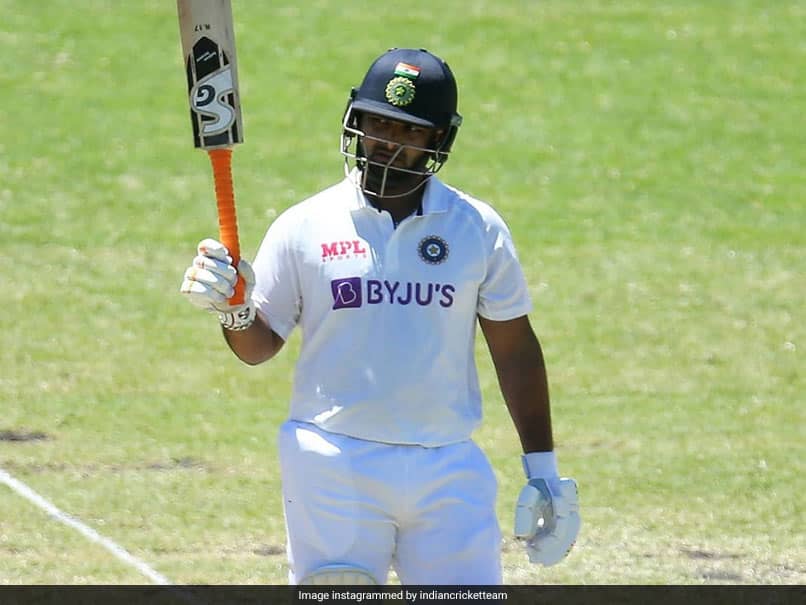 Rishabh Pant, after scoring an unbeaten half-century at the Gabba on Tuesday, moved up to his career-best -- 13th position -- in the latest ICC Test rankings for batsmen. Pant, with 691 ranking points, is the top-ranked wicketkeeper in the batting rankings, above South Africa's Quinton de Kock, who is at 15th place with 677 rankings points. England Joe Root, who slammed a double-century at Galle against Sri Lanka, leapfrogged Cheteshwar Pujara and Babar Azam to take the fifth spot in the list of batsmen.

Virat Kohli, who did not feature in the last three Test matches for India, was replaced by Marnus Labuschagne in the third place.

Labuschagne scored a century in the recently-concluded Brisbane Test against India.

Australia skipper Tim Paine was also rewarded for his good outing with the bat as he jumped three placed to take the 42nd spot.

Shubman Gill, who missed out on his maiden Test century by just nine runs, jumped 21 places from 68 to 47 in the list of batters.

Among the bowlers, Josh Hazlewood overtook Tim Southee to secure the fourth place while Pat Cummins managed to retain his position at the top of the rankings after a terrific display against India in the four-match series.

Mohammed Siraj, who started his career in the longest format with the Melbourne Test, moved up 32 places to 45th spot in the list of bowlers.

Siraj (13 wickets) was India's leading wicket-taker in the four-match series Down Under.

Starc had a forgettable Test match in Brisbane, returning with match figures of two for 163.

Virat Kohli Marnus Labuschagne Cricket
Get the latest updates on India vs England Series, India vs England , live score and IPL 2021 Auction . Like us on Facebook or follow us on Twitter for more sports updates. You can also download the NDTV Cricket app for Android or iOS.