Virat Kohli kept his top ranking among batsmen despite a poor ODI series in New Zealand while Jasprit Bumrah's wicketless performance saw him drop a spot. 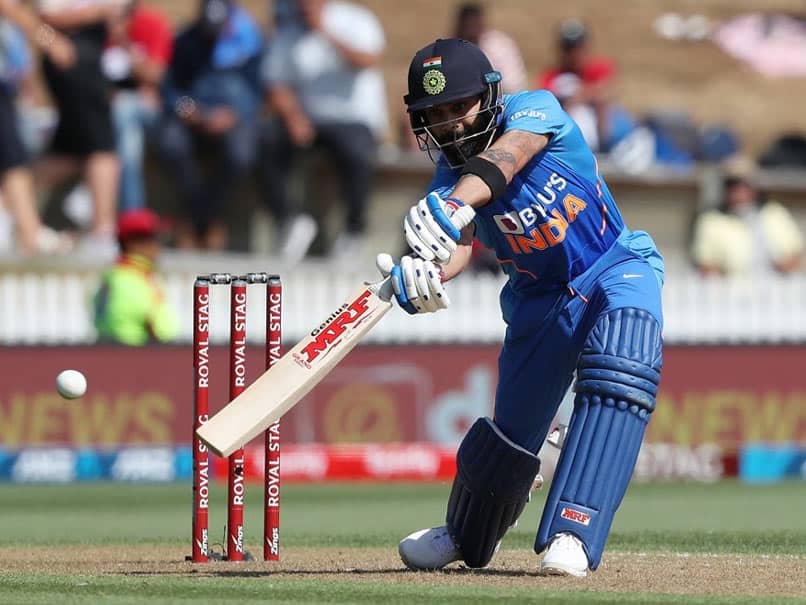 India captain Virat Kohli has maintained his top spot in ODIs while leading India pacer Jasprit Bumrah has been displaced from the numero uno ranking. Kohli endured a rare lull with the bat garnering just 75 runs in the three-match ODI series against New Zealand which concluded on Tuesday with India losing all the three games in a row. He is followed by Rohit Sharma who had to miss the New Zealand ODIs with an injury. Ross Taylor has moved upwards by a spot and is currently placed at the fourth spot.

In the ICC rankings for bowlers, Bumrah has been replaced by New Zealand's Trent Boult at the numero uno spot. Bumrah was far from his best as despite playing in all the three games against the Black Caps, he was unable to make any impact and returned wicketless while going for a total of 167 runs in the 30 overs he bowled.

The Indian pacer is followed by Afghanistan's Mujeeb ur Rehman, Kagiso Rabada and Pat Cummins.

In the list of all-rounders, Ravindra Jadeja has made a jump of three places and moved to the seventh spot. Jadeja scored 63 runs in the two innings he batted in and also picked up two wickets.

Afghanistan's Mohammad Nabi has climbed to number one spot in the all-rounders' list while Ben Stokes has lost some ground after having been rested for the recent South Africa ODIs as he has slipped to the second spot.