Shoaib Akhtar shared a video of Brett Lee from a Kapil Sharma show episode, where the Aussie was telling people about how he faced fiery fast bowlers. 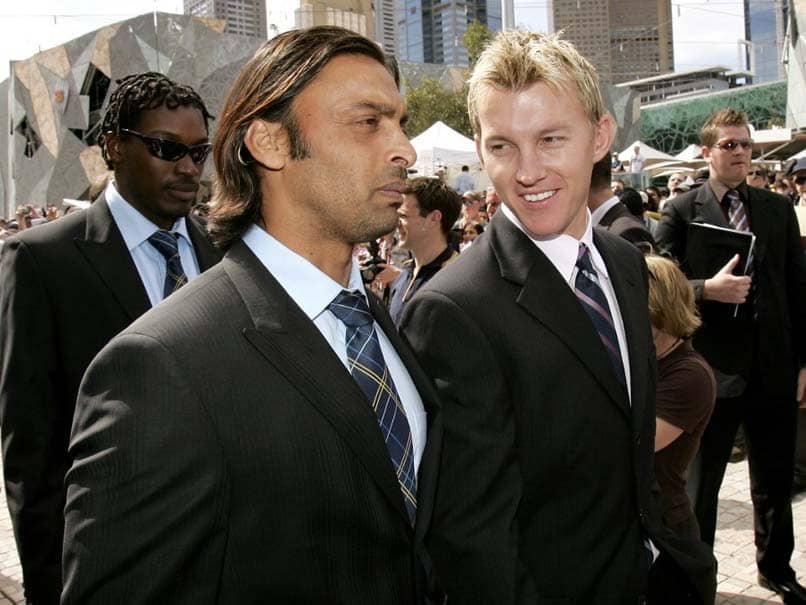 Shoaib Akhtar tweeted a snippet from an old episode of 'The Kapil Sharma Show', where former Australia pacer Brett Lee talks about how he used to be terrified of bowlers while walking out to bat. In the video, Lee gives an anecdote featuring the fiery former Pakistan pacer that left the audience in splits. Sharing the video on Twitter, Akhtar wrote "Binga being very humble there honestly. @BrettLee_58 himself was quite a terror on the field for the batsmen of that era." For those wondering, 'Binga' is a popular nickname for Brett Lee.

Binga being very humble there honestly. @BrettLee_58 himself was quite a terror on the field for the batsmen of that era. #BrettLee #ExpressFast #Australia pic.twitter.com/pzHTg41qMF

In the video, the show's host - actor-comedian Kapil Sharma - asks Lee if he was scared of any bowler during his playing days. "Everyone," Lee answers as the audience erupts in laughter. "Even the spinners," Lee adds.

"I realised in my last three years as a cricketer, that if I open my eyes while batting, it's easier," Lee said before proceeding to show how he would otherwise just duck behind his bat trying not to get hit.

He then goes on to recall a delivery he faced from Shoaib Akhtar, who is known as one of the fastest bowlers to have played the game.

"Me and him get along very well," Lee said at the start of the story.

"So, I'm out batting and I'm sweaty and nervous," the World Cup-winner said.

He then goes on to dramatically explain how Akhtar ran in to bowl while he was tapping his bat, anticipating the delivery.

He then says that when Akhtar released the ball, it hit him on the foot before he could react.

Then came the truly hilarious bit.

"It's hit me straight on the foot. I've appealed to the umpire - 'Howzzat! That's gotta be out, surely?'" Lee says, with the audience in splits.

"And you know what happened? That silly Australian umpire said not out," Lee concluded.

Brett Lee Shoaib Akhtar Cricket
Get the latest updates on IPL 2021, IPL Points Table , IPL Schedule 2021 , live score . Like us on Facebook or follow us on Twitter for more sports updates. You can also download the NDTV Cricket app for Android or iOS.