Under Heath Streak, Bangladesh not only reached the World Cup knockouts for the first time, but also beat Pakistan, India and South Africa in the same year, and also qualified for the 2017 Champions Trophy, which will be held in England. 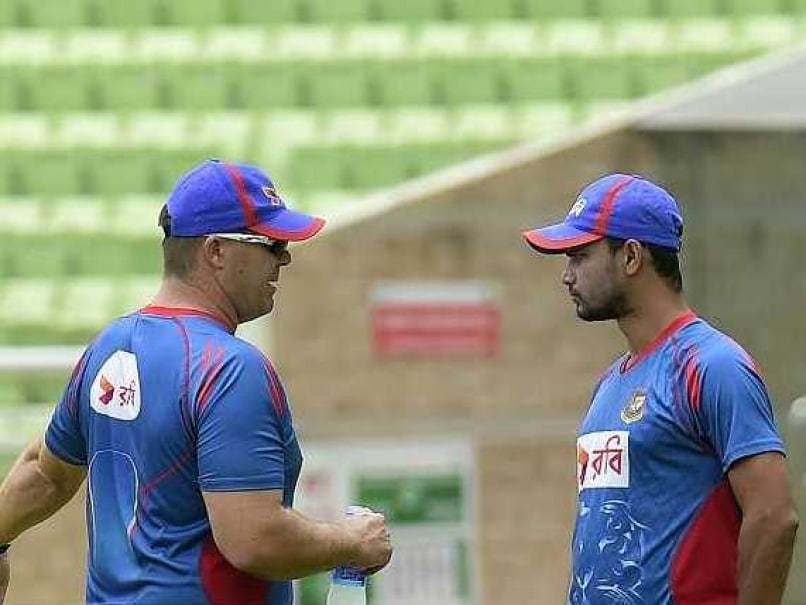 Heath Streak (L) worked with the Bangladesh team for two years and under him, the team not only reached the knockouts of 2015 World Cup but also qualified for the 2017 Champions Trophy. © AFP

Former Zimbabwe skipper Heath Streak, who as the fast bowling coach guided Bangladesh to the 2015 World Cup knockouts, has decided to step down from the post, he has held since 2014.

Streak said he will quit the post at the end of the month after deciding not to renew his contract.

"I have decided that I shall leave my role as a national bowling coach when my contract expires at the end the month," Streak said via his agent on Twitter on Friday.

"I feel now is the right time for me and my family to make this decision and I look forward to the future as I look to continue my coaching career," he added.

The Bangladesh Cricket Board (BCB) said Streak had informed them of his decision via email.

"Streak informed us through an email on Thursday that he will not renew his contract," BCB cricket operations chief Akram Khan said on Friday.

Under Streak, Bangladesh not only reached the World Cup knockouts for the first time, but also beat Pakistan, India and South Africa in the same year, to qualify for the 2017 Champions Trophy in England.

Streak, who is reportedly eyeing a job at India's National Cricket Academy in Bangalore, is currently the bowling coach of the Gujarat Lionsfranchise in the Indian Premier League.

Comments
Topics mentioned in this article
Bangladesh Cricket Team Heath Streak Cricket
Get the latest updates on SA vs IND 2021-22, check out the Schedule and Live Score . Like us on Facebook or follow us on Twitter for more sports updates. You can also download the NDTV Cricket app for Android or iOS.