Heath Streak, Banned For 8 Years, Was Paid In Bitcoins By Bookie: ICC

The Heath Streak corruption case has thrown up the use of cryptocurrency by bookies. 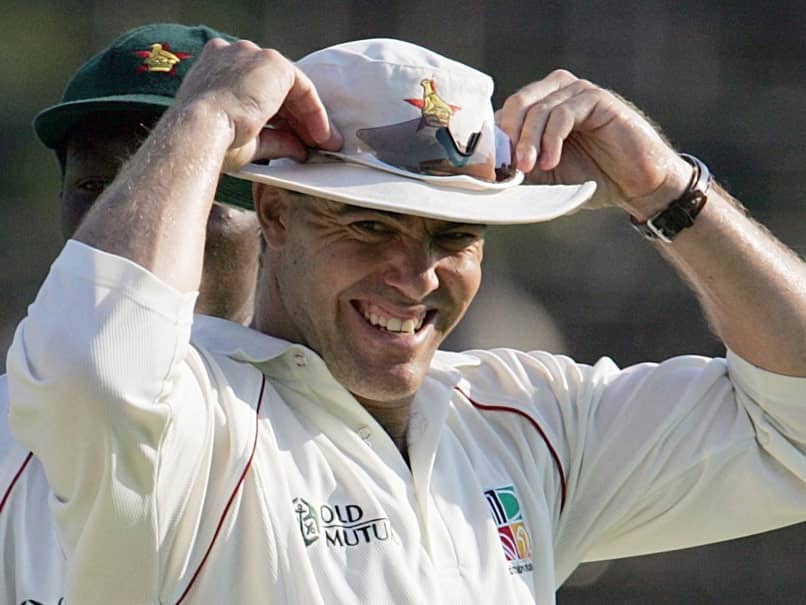 Heath Streak has been banned for eight years by the ICC for breaching their anti-corruption code.© AFP

Former Zimbabwe captain Heath Streak's shocking admission of cricket corruption has also shone a light on cryptocurrency finding a place in the bookies' list of enticements -- a brand new challenge for the ICC's Anti-Corruption Unit, which claims to be ready for the battle. Streak was on Wednesday banned by the ICC for eight years after admitting to disclose inside information to a suspected Indian bookie during his coaching stints in Zimbabwe, Bangladesh as well as the IPL, Afghanistan Premier League and the Bangladesh Premier League.

Till date, cash has been the most preferred mode of payment for bookies, who also pay in kind with cars, jewellery and high-end phones.

However, Streak's case has thrown up the use of bitcoin in corrupt payments. The ICC's detailed judgement in the case has revealed that Streak once received two "bitcoins" from a corruptor in 2018, valued at $35,000 at that time.

"It is a new phenomenon for us, but we have staff capable of investigating it. Corrupters try to use all modes including cash and 'hawala', which are not easy to trace either. Bitcoins pose a similar challenge," ICC ACU General Manager Alex Marshall said in an email reply to PTI's query on Thursday.

So what is cryptocurrency?

In layman's language, "Cryptocurrency" is virtual money. It is the purchase of a digital asset based on an algorithm.

The bitcoins that are generated aren't regulated by any central banking authority in any country (like the Reserve Bank of India) and in many countries like India, it is still an illegal tender.

In simpler words, it is a "Blockchain Industry" where a financial transaction between two people sitting in two different parts of the world will not have any intermediaries.

The valuation of one bitcoin is staggering. One bitcoin's INR value currently stands at Rs 46.83 lakh or $62,453.

However, the bigger challenge is that coding of "cryptocurrency" is believed to be watertight. There are elaborately programmed vaults (digital) and the tracking can be infinitely more difficult when compared to paper tenders like INR, USD or GBP.

Marshall said that ICC is up for the challenge in the coming days now that a new method of corruption has emerged.

"Tracking bitcoin transactions may not be easy but we have the right people with the right expertise, understanding and network needed to ensure we stay ahead of the corruptors," Marshall said.

Even BCCI's new head of Anti Corruption Unit (ACU) Shabbir Hussain Shekhadam Khandwawala said that he heard of payment through bitcoins for the first time.

"Yes, I was going through the details of the Heath Streak case. I have also heard about bitcoin transaction for the first time," the former DGP of Gujarat Police told PTI.

However, Hussain feels that tracking of corrupt people is not always about the keeping a vigil on the mode of transactions.

"We always catch the people not by the amount or how the money is paid (bitcoins in this case). Our clues are different. We keep a watch on them and their activities and telephonic calls," Hussain said.

"Some things happen underground also," he said, adding "Everything has to be on the basis of the solid information received from sources.

"So if someone has accepted money or been involved in graft in any form, once you start investigation, you are able to reach that," he said.

He, in fact, played down the prospect of cryptocurrency gaining ground in the world of cricket corruption.

"...well it's fine for the person in question to keep his money safely. It is like safe parking of money where no one can see it. But does it come in the way of investigation of this case? Perhaps not."

"I still don't think it will become a trend and even those indulging in such activities will always leave a trail," Hussain concluded.

Comments
Topics mentioned in this article
Heath Streak International Cricket Council Cricket
Get the latest updates on IPL 2021, IPL Points Table , IPL Schedule 2021 , live score . Like us on Facebook or follow us on Twitter for more sports updates. You can also download the NDTV Cricket app for Android or iOS.