Not only did some fans write about their frustration at Ravi Shastri's reappointment but were left fuming at a massive spelling error. 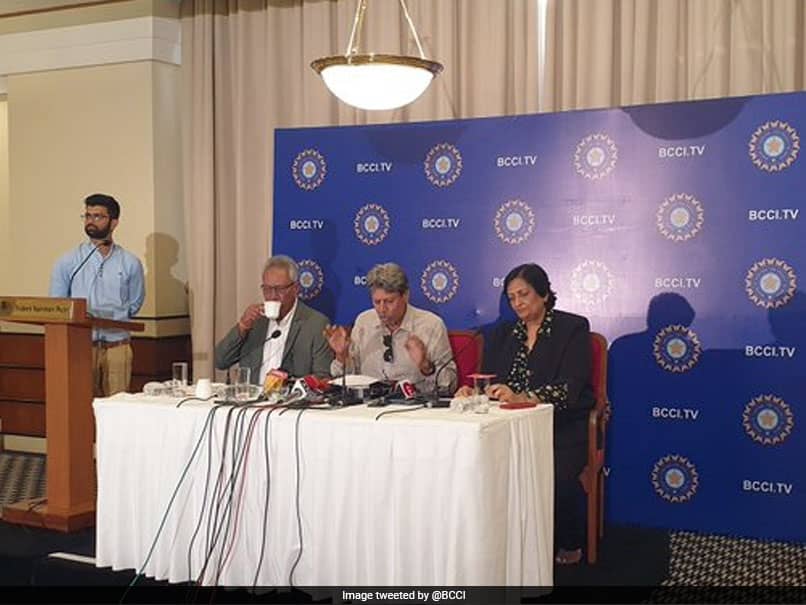 The CAC on Friday announced the reappointment of Ravi Shastri as India coach ahead of Mike Hesson.© BCCI/Twitter

Board of Control for Cricket in India's (BCCI) Cricket Advisory Committee (CAC) faced fans' wrath after their decision to reappoint Ravi Shastri as the Head Coach of the Indian men's cricket team. Not only did CAC's choice not go down well with Indian fans but a spelling gaffe in an official letter, which was tweeted on BCCI's official Twitter handle, had users fuming. Former New Zealand coach Mike Hesson was among the applicants with CAC member Kapil Dev saying that the New Zealander ran Shastri close but finished as second choice. However, in the letter, which mentioned CAC's preference for the India coaching job, the spelling of Mike Hesson was misspelled.

Fans on Twitter, who were already up in arms after Shastri's reappointment, quickly pointed out the mistake and penned their frustration with the BCCI and CAC.

Order of preference? This is such a bizarre way pf presenting. Why would anybody at number 2 or 3 be picked? You decide on recruiting 1, the answer should be 1.
Also, Hesson not Hassen!

Is he relative of "Hassen Jahan"? :P

Kapil, can you give the preference order?

Kapil Dev: You know who, The guy who came all the way with a smile on his face.. Mike Huson I guess, Bada Bhai Tom Moody (has applied 4 times after all). Let him take the 3rd spot.

Wow they did not even bother to spell out Hesson's name correctly, I believe they told him "Hassen toh phassen". https://t.co/wAhr3V7asu

So after all the song and dance @RaviShastriOfc is handed the job for his third term.

I don't know who this Mike Hassen fellow is but he came damn close! pic.twitter.com/WkmgBDNxl3

Spelling hesson as hassen is just a testament to how this whole thing was so casual for them lmao, nothing more than a freaking eyewash. https://t.co/tqTu31Kalb

Who tf is Hassen At least get the name right #RaviShastri https://t.co/ePSfEn7YHu

Forget Ravi shastri's appointment.
Mike Hesson being turned into mike hassen by the panel shows how well they knew about achievments of anyone other than Ravi shastri. #RaviShastri https://t.co/1fnO9BySNE

Apart from Shastri and Hesson, Robin Singh, Tom Moody and Lalchand Rajput applied for the post.

Ravi Shastri's last tenure ended after World Cup 2019 but he was given an extension for India's tour of the West Indies.

"Number three was Tom Moody, number two was Mike Hesson. Number one is Ravi Shastri as all of you were expecting... (But) It was a very close race," said Kapil Dev at the press conference to announce the decision.

India Cricket Team Ravi Shastri Tom Moody Kapil Dev Anshuman Dattajirao Gaekwad BCCI Cricket
Get the latest updates on India vs England Series, India vs England , live score and IPL 2021 Auction . Like us on Facebook or follow us on Twitter for more sports updates. You can also download the NDTV Cricket app for Android or iOS.