Harmanpreet Kaur extended her contract with Sydney Thunder while Smriti Mandhana has been signed by Hobart Hurricanes. 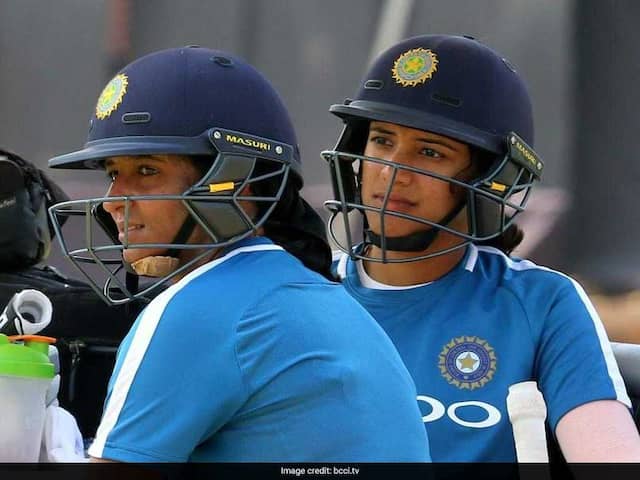 Harmanpreet Kaur, Smriti Mandhana will feature in the fourth edition of WBBL.© BCCI

India women's T20 team skipper Harmanpreet Kaur and her deputy Smriti Mandhana will feature in the fourth edition of the Women's Big Bash League. Harmanpreet and Smriti will be seen in action in the league after they played crucial roles for their national team in the recently concluded ICC Women's World T20. Harmanpreet had scored one century during the Women's World T20 while Smriti had notched up one half-century.

According to a statement by the BCCI, Harmanpreet has extended her association with Sydney Thunder and will continue to represent them while Mandhana has been signed by Hobart Hurricanes.

Harmanpreet was the top scorer for Thunder in the second season. She had amassed 296 runs from 12 innings with an average of 59.20 and was adjudged Thunder's Player of the Tournament during that edition.

Mandhana, on the other hand, previously appeared for Brisbane Heat in the second edition of the WBBL.

"I've heard from many players that the Hurricanes group is a great squad to be around and I can't wait to get to Tasmania for the matches," Smriti said according to release by BCCI.

Meanwhile, Hurricanes' coach Salliann Briggs, according to the release said that Mandhana is a proven performer and she can't wait to see her join the side.

"Mandhana is a proven performer on the world stage, we saw that just last week with her knock against the Aussies," Briggs said.

"I can't wait to see her in purple, she's an exciting addition not only for us but for the whole competition," she added.

The fourth edition of the WBBL will get underway from December 1 with Perth Scorchers and Hobart Hurricanes playing the inaugural match at the Junction Oval in Melbourne.

India Women Smriti Mandhana Harmanpreet Kaur Cricket
Get the latest Cricket news, check out the India cricket schedule, Cricket live score . Like us on Facebook or follow us on Twitter for more sports updates. You can also download the NDTV Cricket app for Android or iOS.