Thousands of fans invaded the pitch, chanting "Hardik, Hardik" after the all-rounder slammed 158 runs off just 55 deliveries in a DY Patil T20 game. 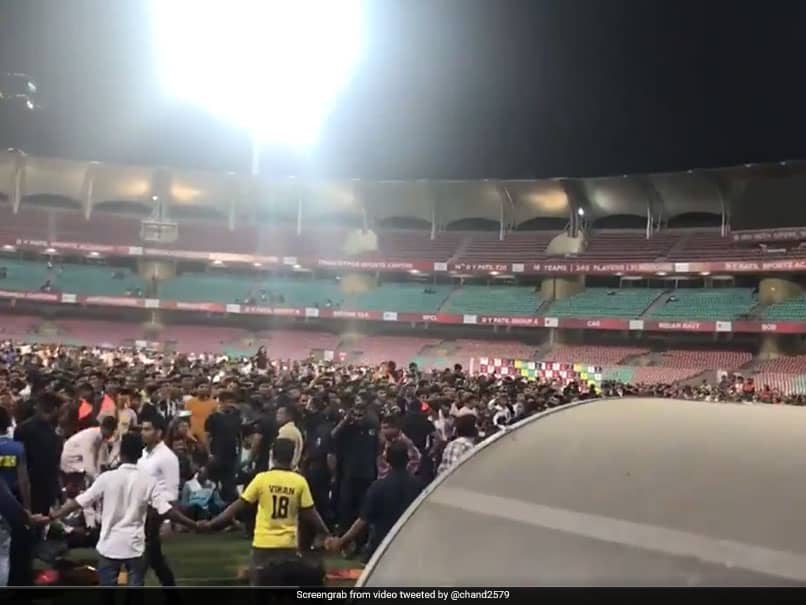 Hardik Pandya lit up the DY Patil stadium in Mumbai with his scintillating knock.© Twitter

Crazy scenes were witnessed at the DY Patil Stadium after star all-rounder Hardik Pandya slammed yet another century in the 16th DY Patil T20 Cup. On Friday, Hardik slammed a 55-ball 158 in Reliance 1's semi-final clash against BPCL. After the culmination of the match, thousands of fans invaded the pitch, chanting "Hardik, Hardik" as the noise reverberated in the stadium. Some of the fans even came near the Reliance 1 dressing room to get a glimpse of Hardik. The Mumbai all-rounder has been in great form in the tournament. Before Friday's breath-taking innings, Hardik had earlier scored 105 against CAG in a Group C encounter few days ago.

The 26-year-old is all set to return to the national team for the ODI series against South Africa that gets underway in Dharamsala on March 12. The DY Patil T20 tournament worked as the perfect training ground for the all-rounder who has been working on his back ever since he underwent surgery in the UK in October.

Speaking on his fitness, Pandya said: "For me it is a good platform to see where I am currently and test my body. I am really happy with the way things have gone."

As for his blistering tons, Pandya said he keeps things simple. "If it's there in my arc, I just back myself and go for it. Most of the time, it comes out pretty well. There is no plan that I am going to go out there and smash it."

The all-rounder last featured for India in a T20I against South Africa in Bengaluru in September, 2019.

Hardik Pandya Cricket
Get the latest updates on India vs England Series, India vs England , live score and IPL 2021 Auction . Like us on Facebook or follow us on Twitter for more sports updates. You can also download the NDTV Cricket app for Android or iOS.