Hardik Pandya shared a true blue 'Throwback Thursday' post on Instagram, with a video of him smashing sixes from all the way back in 2011. 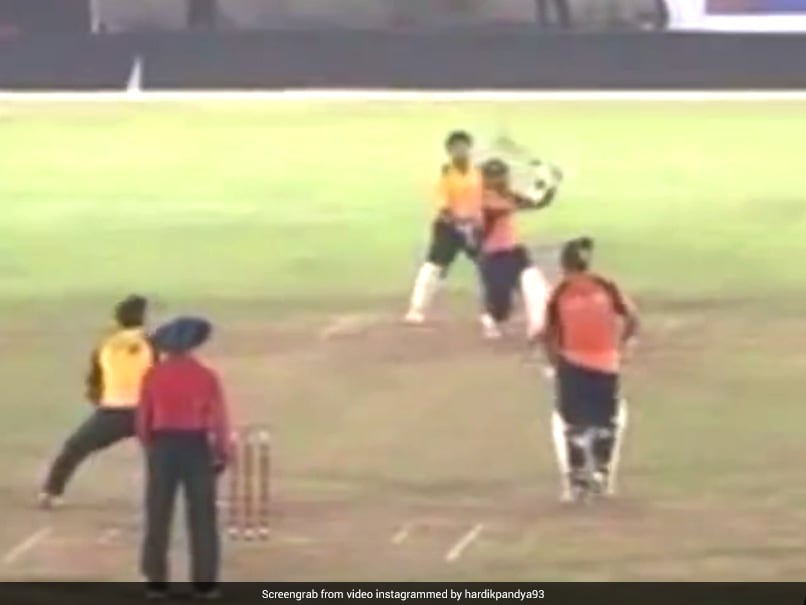 Hardik Pandya was always big on clearing the ropes.© Instagram

India all-rounder Hardik Pandya has developed a reputation for being a hard-hitter with the bat. His ability to hit sixes has seen him become a key part of the middle order for both India and his Indian Premier League (IPL) side Mumbai Indians (MI). Hardik on Thursday took to social media to share a throwback video from 2011, and it went to prove that he was clearing the ropes from a very young age. "From 2011 - Just a kid with a bat and dreams of making it big," he captioned the video.

Hardik's India and MI teammate Suryakumar Yadav was left impressed by the video.

Hardik Pandya, who is in Sri Lanka with India's limited-overs squad, had a real throwback Thursday, as he also took to Instagram stories to share a series of old pictures that also featured his older brother Krunal.

Hardik, Krunal and Suryakumar Yadav are all part of the Indian squad in Sri Lanka that will play three ODIs and as many T20 Internationals (T20Is).

Shikhar Dhawan will lead the team, with Rahul Dravid there as the head coach in the absence of regular captain Virat Kohli and coach Ravi Shastri, who are in England ahead of the five-match Test series against the hosts. India's white-ball vice-captain Rohit Sharma is also in England as part of the Test squad.