"3 Months Since My Angel Left Us": Hardik Pandya Shares Pic With Late Father

On Friday, to commemorate three months of his father's death, Hardik Pandya shared a picture of him with his father with an emotional message. 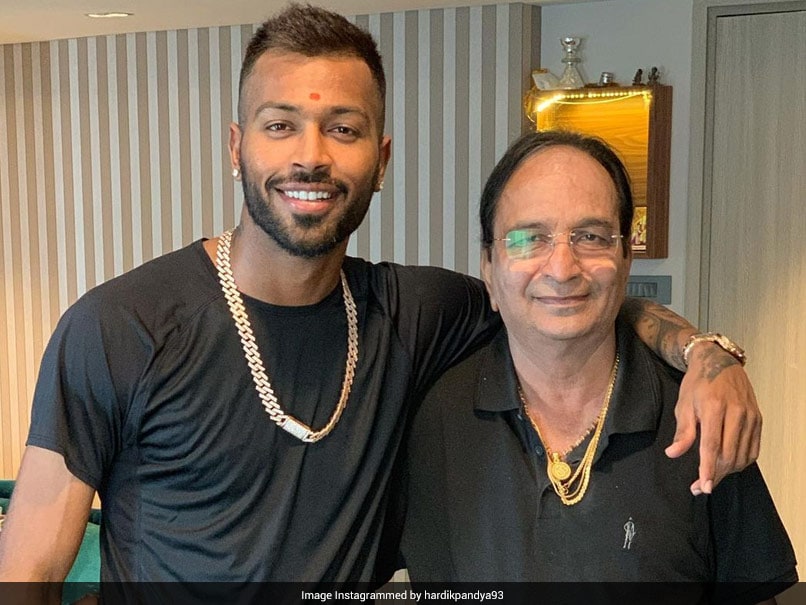 Hardik and Krunal lost their father in January.© Instagram

India all-rounders Krunal and Hardik Pandya lost their father in January. On Friday, to commemorate three months of his death, Hardik - the younger of the Pandya brothers - shared a picture of him with his father with an emotional message. "It's been 3 months since my angel left us," he wrote on his Instagram story along with the picture. "Miss you and love you dad," he added. The picture seems to be from a celebration, with the father and son duo sitting with a huge cake. 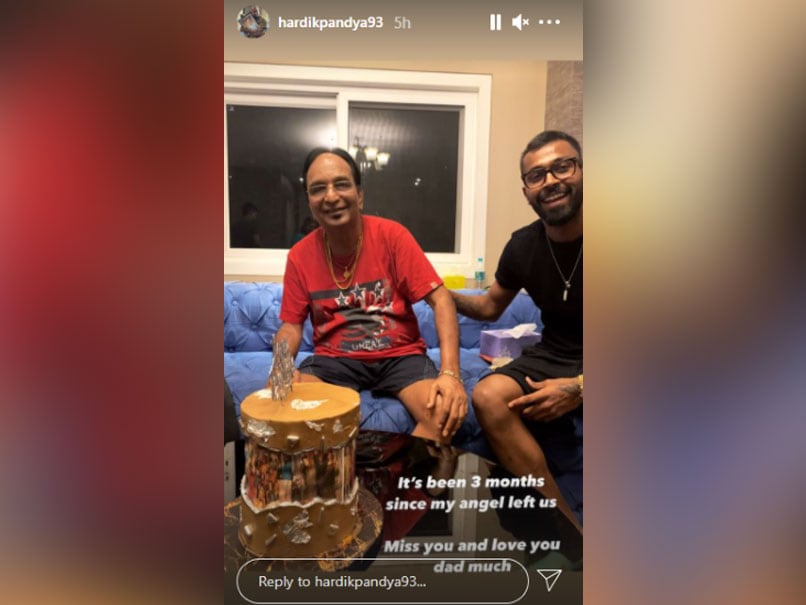 Hardik and Krunal have both shared several emotional tributes for their father since his death.

Krunal Pandya, who recently made his ODI debut for India in the series against England, broke down after hitting a brilliant half-century, and dedicated it to his father.

He later revealed how he had brought his father's clothes packed in a bag to the dressing room. After his dream ODI debut, Krunal recently revealed how his father had predicted that his time will come after watching one of his knocks in the Syed Mushtaq Ali Trophy.

Both Hardik and Krunal are currently in Chennai with the Mumbai Indians squad, where they are scheduled to play their first five league games. The defending champions, after losing their opening game against Royal Challengers Bangalore (RCB), bounced back strongly to beat Kolkata Knight Riders (KKR) in their next match.

Hardik Pandya Krunal Pandya Cricket
Get the latest updates on Fifa Worldcup 2022 and check out  Fifa World Cup Schedule, Stats and Live Cricket Score. Like us on Facebook or follow us on Twitter for more sports updates. You can also download the NDTV Cricket app for Android or iOS.