Harbhajan Singh Quashes Perception That He Is Jealous Of Ravinchandran Ashwin

Heaping praise on Ravichandran Ashwin, Harbhajan Singh said he is a " legend in making". 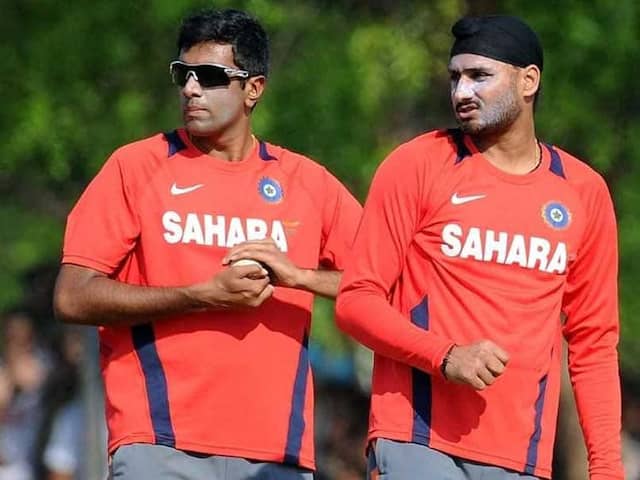 Harbhajan Singh rejected the perception that he is jealous of Ravinchandran Ashwin.© AFP

Veteran India spinner Harbhajan Singh on Tuesday rejected the perception that he is jealous of Ravinchandran Ashwin, saying the Tamil Nadu bowler is a "legend in making". Ashwin, who had replaced Harbhajan in the Indian team, is among the leading off-spinners in the world alongside Australia's Nathan Lyon. Harbhajan is not yet retired but last played for India in 2016. The 39-year-old has played 103 Tests with his final game coming in 2015. Ashwin, on the other hand, has played 71 Tests since making his debut in 2011.

"A lot of people think I am jealous, this and that. They can think whatever they want to. I just want to say that you are the best off-spinner presently playing the game," said Harbhajan during an Instagram live chat with Ashwin.

"Of course I Like Nathan Lyon as well. I always put him right up there because he plays in Australia and it is a tough place to bowl (for spinners). You (Ashwin) are one of those legends in the making. I wish you the very best and lots and lots of wickets."

The chat was focused on India's remarkable comeback in the 2001 home Test series against Australia.

Trailing 0-1 in the three-match series, India went on to win the next two Tests including second one in Kolkata, where India won after following-on, thanks to a iconic stand between VVS Laxman and Rahul Dravid.