Harbhajan Singh and Geeta Basra became proud parents of a baby girl and they have been congratulated by Sachin Tendulkar and Virat Kohli. 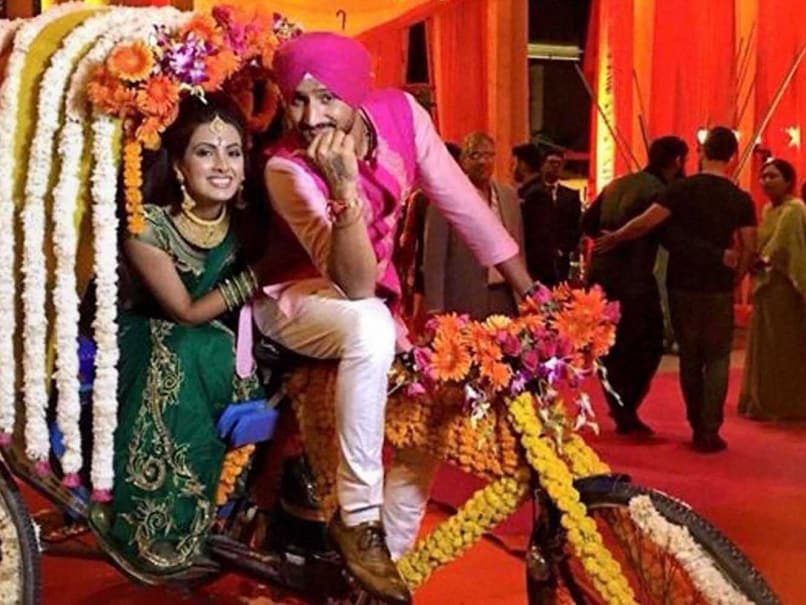 Harbhajan Singh and Geeta Basra became proud parents of a baby girl on Thursday and there have been plenty of congratulatory messages on Twitter.

Sachin Tendulkar, who was Harbhajan Singh's team-mate in the Indian national team and in Mumbai Indians in the Indian Premier League, also congratulated the couple from his official handle (@sachin_rt).

Welcome to a new world @harbhajan_singh. Congratulations to Papaji and Mummyji@Geeta_Basra. Lots of love & blessings to the Bundle of joy!

The veteran offspinner, who has played 103 Tests, tied the knot with Bollywood actress Geeta Basra in October 2015 and it was attended by the likes of MS Dhoni, Tendulkar and Kohli.

Kohli, who scored his first double century in Tests during the current tour of West Indies, is gearing up to extend India's advantage for the second Test in Jamaica after leading them to a record innings and 92-run win in Antigua.

Comments
Topics mentioned in this article
Harbhajan Singh Virat Kohli Sachin Ramesh Tendulkar India Cricket Team Cricket
Get the latest updates on IPL 2021, IPL Points Table , IPL Schedule 2021 , live score . Like us on Facebook or follow us on Twitter for more sports updates. You can also download the NDTV Cricket app for Android or iOS.