Grant Flower, the brother of former Zimbabwe skipper, Andy Flower has been given a two-year contract by the Pakistan Cricket Board after he applied for the position two months back. 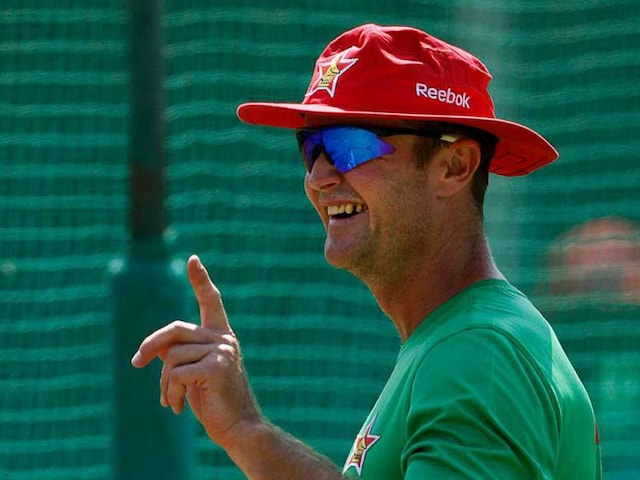 Former Zimbabwe all-rounder Grant Flower will join Pakistan on July 16 as a batting coach even as the Cricket Board (PCB) had announced South African Grant Luden as the team's new fielding coach-cum-trainer.

Grant Flower, the brother of former Zimbabwe skipper, Andy Flower has been given a two-year contract by the PCB after he applied for the position two months back.

His appointment has sparked off some debate in Pakistan cricket circles with many unconvinced whether he will be able to bring about a improvement in Pakistan's inconsistent batting line up.

Many former greats including Javed Miandad, Mohsin Khan, Abdul Qadir and Inzamam-ul Haq have questioned the choice as the country has produced many batting greats.

Flower played 67 Tests and scored 3457 runs besides appearing in 221 ODIs scoring 6571 runs. He also took 25 Test and 104 ODI wickets for his country before turning to coaching.

Pakistan's former leg-spinner Mushtaq Ahmed is said to have played a key role in getting Grant interested in the Pakistan job after using his contacts with Andy Flower having worked under him in the England team.

"The most important aspect is how you come across in front of the players, including your man-management skills and your manners. Obviously, your experience and knowledge of technique and tactics also means a lot but the main thing is gauging how a person plays and being cognizant of skills and weaknesses of individuals and taking it from there to complete the job," Grant said in a recent interview.

Sources in the PCB said that before signing the contract, the former Zimbabwe player had asked for assurances from the board in the wake of the terror attack on the old Karachi terminal building last month.

One source said that Grant was apprehensive about coming to Pakistan but was assured by the PCB that he would be given top level security round the clock.

His contract includes him working at the National Cricket Academy and also with the Pakistan under-19 team.

"He was reminded that Australian, Dav Whatmore had lived in Lahore while working as head coach recently and went back without any complaints," the source added.

The PCB has also announced on Tuesday that Grant Luden will be fielding coach and trainer of the team which will be touring Sri Lanka next month.

Comments
Topics mentioned in this article
Pakistan Cricket Team Grant Flower Pakistan Cricket Board Cricket
Get the latest Cricket news, check out the India cricket schedule, Cricket live score . Like us on Facebook or follow us on Twitter for more sports updates. You can also download the NDTV Cricket app for Android or iOS.