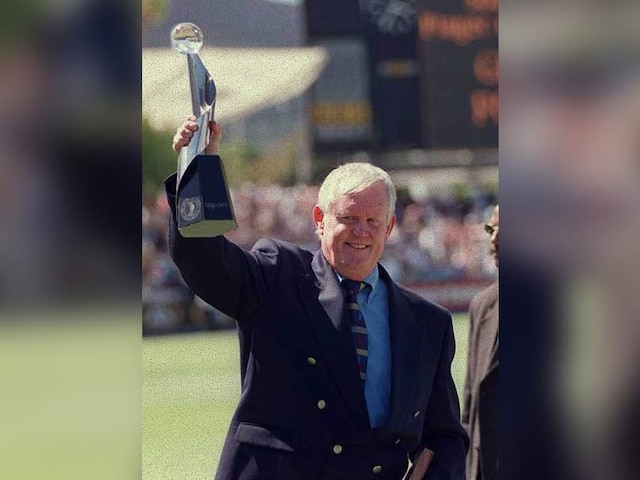 Graeme Pollock's own Test career was cut short in 1970, after just 23 matches.© AFP

South Africa great Graeme Pollock has told AFP the Proteas will have to accept being a "middle of the road" Test side at best if they stick with racial transformation as a key component of selection. Transformation is designed to cope with the legacy of apartheid, when largely only white players such as Pollock, one of the greatest batsmen in cricket history, were allowed to play for official South Africa sides. Pollock accepts players of his era could have done more to help their non-white counterparts, but is concerned the balance has now swung too far in the opposite direction after South Africa "got it right when Graeme Smith was captain" (from 2003 to his retirement in 2014).

South Africa face England in the second Test at Trent Bridge 0-1 down in a four-match series after a crushing 211-run defeat inside four days at Lord's last week.

"The major thing is the problem with the politics and interference with the selection of players," Pollock told AFP at a meeting of cricket enthusiasts in London.

"It's affecting the performance of the side -- they don't put the 11 best players on the field.

"It's never going to change. As South Africans, we've got to accept that South Africa are going to be middle of the road in their future Test cricket."

As of last August, Cricket South Africa defined the transformation policy as one where national teams should include on average and across all formats, six players of colour, of which two must be black African.

The target at domestic level is a stricter six players of colour per side per match, of which three must be black African.

Pollock said it was at domestic level where the effects were most noticeable.

He cited the elevation of white opener Heino Kuhn -- out for just one and nine on Test debut at Lord's -- as a case in point.

"You are going to pick a guy like Heino Kuhn, the opening batsman, who got a couple of hundreds in first-class cricket. He's not good enough to play Test cricket.

"The guys are playing in a bad standard of first-class cricket in South Africa because of the politics and interference in selection," the 73-year-old left-hander added.

Hampshire's Kyle Abbott and Rilee Rossouw are among several players who've forfeited their South Africa careers in order to play for English counties and Pollock said: "There are so many South Africans playing county cricket...the exchange rate (17 South African rand to the pound sterling) is a big factor."

'Best for our country'

However, current South Africa captain Faf du Plessis insisted on Thursday that transformation could not be used as an excuse for poor performance.

"Within the team it has never been a challenge, we understand what to do and what to expect and what is best for our country -- we've been getting on with it," du Plessis, who didn't play at Lord's following the birth of his first child, told reporters at Trent Bridge, the venue for Friday's second Test.

Pollock's own Test career was cut short in 1970, after just 23 matches in which he had already scored 2,256 runs, including seven hundreds, by an anti-apartheid boycott that saw South Africa exiled from official international cricket for over two decades.

"I thought it would be sorted out before 22 years had passed," he said.

Pollock was one of several leading players involved in a brief walk-off protest during a Rest of South Africa v Transvaal match in 1971 but he conceded this was not much in the context of apartheid.

"We had a walk off in 1971 and we were told 'stick to cricket'. We genuinely wanted to try to do something.

Comments
Topics mentioned in this article
South Africa Cricket Team England Cricket Team Robert Graeme Pollock Cricket
Get the latest updates on IPL 2020, check out the IPL Schedule for 2020 and Indian Premier League (IPL) Cricket live score . Like us on Facebook or follow us on Twitter for more sports updates. You can also download the NDTV Cricket app for Android or iOS.