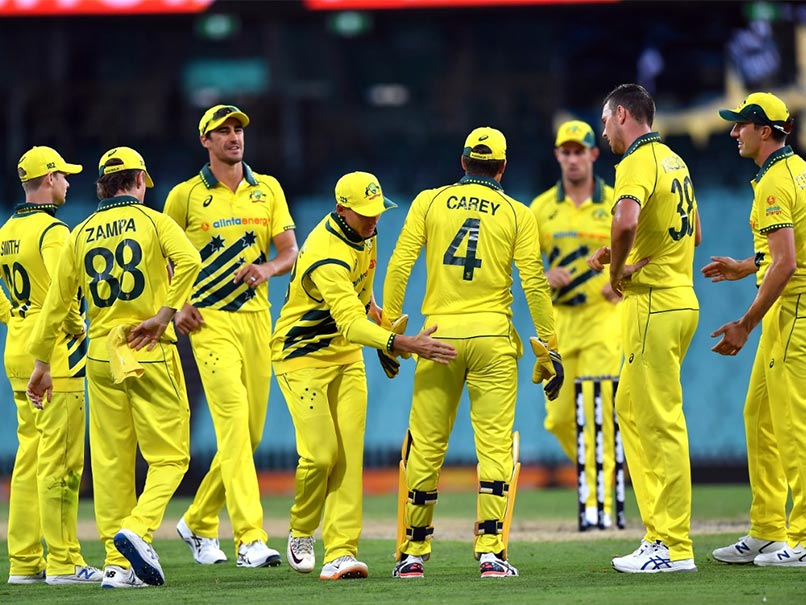 Australia might tour England in September for three-match ODI and T20I series.© AFP

Australia named three uncapped players Thursday in a preliminary 26-man squad for a potential limited-overs tour of England, while recalling Glenn Maxwelland Usman Khawaja. Australia originally scheduled three one-day and three Twenty20 internationals in England this month, but the trip was postponed because of the coronavirus pandemic. September is seen as the potential alternative after international cricket in England resumed behind closed doors last week, although Cricket Australia (CA) said "several hurdles" have to be overcome before dates can be locked in.

But selectors have decided to name a preliminary group to give them adequate time to prepare, with a final squad to be announced if the tour goes ahead.

"The England Cricket Board are a long-standing and valued international cricket partner and we are doing all we can to give the tour the best possible chance of taking place," said CA's head of national teams Ben Oliver

"In the meantime, the identification of a preliminary list will enable us to work with players and states more directly on the preparation for the tour in the hope it can proceed."

Uncapped limited-overs specialists Daniel Sams, Riley Meredith and Josh Philippe were included, but there was no room for veterans Shaun Marsh and Nathan Coulter-Nile, who both featured in last year's World Cup.

But superstar Maxwell returns after taking a break in October to deal with mental health issues.

Test discard Khawaja, who has not played for his country since being axed during last year's Ashes series in England, also gets a recall, as does all-rounder Marcus Stoinis.

"This preliminary list covers the contingencies of playing one-day internationals and T20 international in bio-secure hubs with the likely prospect of not being able to bring in replacements should the tour proceed," said selector Trevor Hohns.

"The preliminary list includes several exciting young players who have recently excelled at state level and in the Big Bash League.

"These emerging players are among those we would like to develop further as we believe they have a bright future in Australian cricket."

Nathan Coulter-Nile Cricket
Get the latest updates on T20 World Cup, check out the T20 World Cup Schedule and Live Score . Like us on Facebook or follow us on Twitter for more sports updates. You can also download the NDTV Cricket app for Android or iOS.