Glenn Maxwell shared a post to celebrate one year since his engagement to Vini Raman, but Jimmy Neesham trolled him with a hilarious comment. 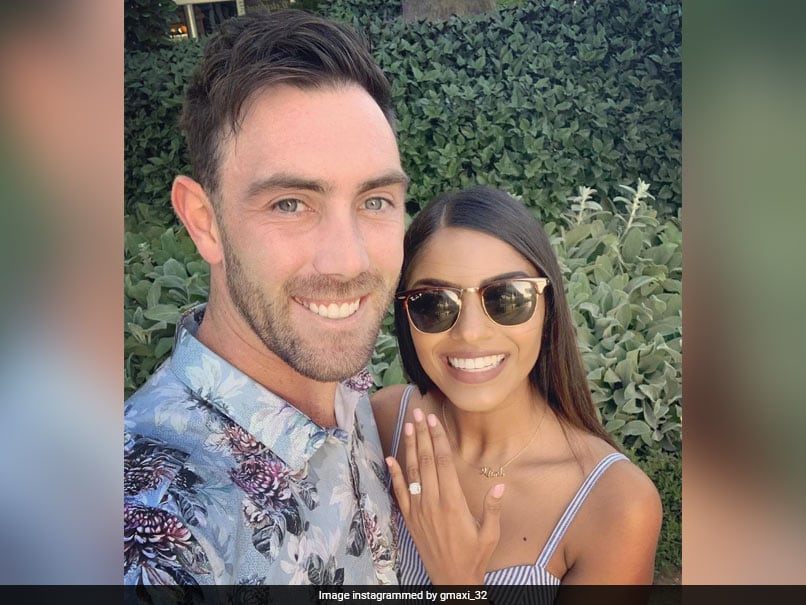 A year on after announcing his engagement to Indian-origin pharmacist Vini Raman, big-hitting Australia all-rounder Glenn Maxwell took to social media to reminisce on "the bravest lunge a person can do." Sharing the picture that he had used to announce his engagement again, he wrote "1 year since I did the bravest lunge a person can do. Love you @vini.raman and can't wait to get old and lazy with you." While Vini herself came up with an adorable response, it was Maxwell's former Indian Premier League (IPL) colleague Jimmy Neesham, who stole the show.

"You're not old and lazy yet?" wrote Neesham, who has gained a reputation for his witty social media presence. 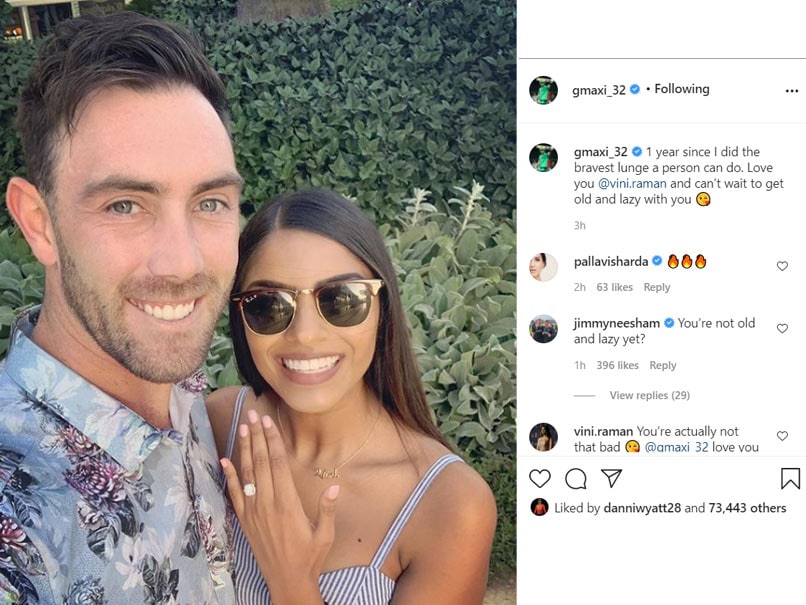 It is not the first time that Neesham, who was teammates with Maxwell in IPL 2020 at Punjab Kings, featured on the Australian's social media posts with his fiancee.

While wishing Maxwell on his birthday last October, Vini Raman had written "Happy birthday @gmaxi_32 aka my favourite fiance aka my only fiance aka BEST fiance ever. ps. i love you more than @jimmyneesham does."

Despite a disappointing IPL season in the UAE last year, Maxwell was bought for a whopping Rs 14.25 crore by Royal Challengers Bangalore ahead of this year's edition in the auction on Thursday.

Following the auction, Maxwell said he is looking forward to joining the Virat Kohli-led side. "Can't wait to put everything I have into helping us lift the trophy," he added in his tweet.

New Zealand all-rounder Neesham, who was also released by Punjab Kings, has been picked up by five-time champions Mumbai Indians.

Mumbai Indians Cricket
Get the latest updates on SA vs IND 2021-22, check out the Schedule and Live Score . Like us on Facebook or follow us on Twitter for more sports updates. You can also download the NDTV Cricket app for Android or iOS.