Marcus Trescothick scored 26,234 first-class runs since making his debut for Somerset in 1993 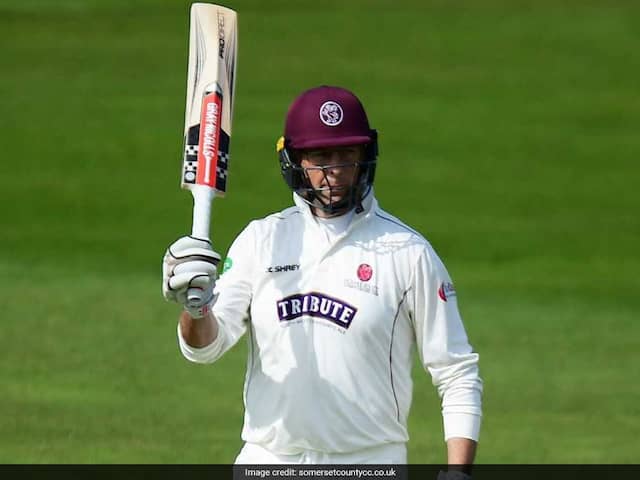 Former England star Marcus Trescothick on Thursday announced he would retire at the end of the season, bringing down the curtain on a 27-season career with county side Somerset. The 43-year-old opening batsman, who played 76 Tests and 123 one-day internationals, has scored a total of 26,234 first-class runs since making his debut for Somerset in 1993. Trescothick, whose international career was ended by anxiety attacks, still holds an ambition to win his place back in the first XI of the title-chasing side before the end of the season.

"It's been an incredible 27 years and I've loved every minute of it," he told the Somerset website. "However, everything has to come to an end eventually.

"I've been discussing my future with the club and my family for a while and we felt that now was the appropriate time to make this announcement in order for both the club and I to put plans in place.

"There's still a lot of the season left and I'll be doing everything I can to put in performances for the second XI in order to force my way back into contention for the first team."

Trescothick, who holds the Somerset record for number of first-class centuries (52) and first-class catches (445), said he had been blessed to be able to play the game he loved for so long.

"Twenty-seven years is a long time but it's gone incredibly quickly," he said. "I consider myself very fortunate to have had the opportunity to do something that I love for that length of time.

"I'm extremely grateful for all the support that I've received throughout this remarkable journey."

Comments
Topics mentioned in this article
Marcus Trescothick Cricket
Get the latest Cricket news, check out the India cricket schedule, Cricket live score . Like us on Facebook or follow us on Twitter for more sports updates. You can also download the NDTV Cricket app for Android or iOS.