Focus on Virender Sehwag, Gautam Gambhir as India A take on West Indies A

Led by Cheteshwar Pujara, India A were beaten by a massive 162 runs in the opening match in Mysore. 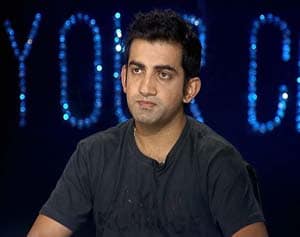 The spotlight would firmly be on out of favour veterans like Virender Sehwag and Gautam Gambhir when India A seek revenge for the opening match humiliation against the West Indies A in their second unofficial Test starting here on Thursday.

Led by Cheteshwar Pujara, India A were beaten by a massive 162 runs in the opening match in Mysore.

It will be interesting to see how Pujara handles the team filled with heavyweights such as Sehwag, Gambhir and pacer Zaheer Khan , who have been out of the national team for different reasons.

Sehwag has not scored a century in 30 Test innings while Gambhir's dry run with the bat has seen him without a century in 40 innings since January 2010.

Zaheer too has not been in good form, failing to take five wickets in a Test innings since October 2010, and his fitness and endurance has been a concern too.

After the 2011 World Cup, he played just seven Tests, breaking down in England.

This match would be quite testing for Sehwag and Gambhir, who have had a poor run in the NKP Challenger Trophy as well.

With the kind of experience, they would be eager to get big scores under their belt and make it difficult for the national selectors to ignore them for the upcoming West Indies series.

In the NKP Salve Challenger Trophy, while Sehwag scored 72 runs with a half century in three ODIs, Gambhir scored a mere 24 in two innings.

Pujara would also look at Zaheer, who spent time in the south of France with Yuvraj Singh, to bolster the Indian attack, which was out of sorts in the Mysore Test. They were a great disappointment as Ishwar Pandey and Mohammad Shami did not fire in both the innings.

They struggled to purchase wickets despite bowling 73 overs in the first innings for three wickets conceding 224 runs between them. They went wicketless in the second innings as they failed to stick to a consistent line and length.

Pujara would also look to forget his performance in the last match where he managed only 20 runs in two innings. The Saurashtrian will hope to make a mark as he had done in the South Africa A tour with a blistering century.

With the kind of form, the visitors displayed in the first match, Pujara and his men would be wary of their opponents.

Among others, Sheldon Jackson, Abhishek Nayar, Paras Dogra, Uday Kaul (wk) and Mohammad Kaif, who have shown their potential, would like display their batting talent.

With his seven-wicket haul in the previous match, Parveez Rasool would also look to impress the national selectors. He was the only hope for Pujara and he made it count.

The West Indies A, on the other hand, would go into the series with their tails up after handing out a humiliating 162-run defeat to the hosts.

However, they would not like to get carried away by the win against a relatively inexperienced Indian side. They are well aware that they are in for a real test against the odds of Sehwag, Gambhir and Zaheer.

Riding high on their match-winning half centuries, captain Kirk Edwards, Kraigg Braithwaite and Assad Fadudin will look to carry their good form into the much-awaited tough encounter.

Kieran Powell would also like to continue his good form as it has been inconsistent in the tour so far.

The West Indies bowlers, especially spinners, have come to the party by exploiting the Indian conditions effectively in both the innings of previous Test.

Spinners Nikita Miller and Veerasammy Permaul, who finished the first Test with match hauls of nine and eight, would be itching to once again push Indian top order to the brink.

Comments
Topics mentioned in this article
Gautam Gambhir Virender Sehwag Cricket
Get the latest updates on ICC T20 Worldcup 2022 and CWG 2022 check out the Schedule, Live Score and Medals Tally. Like us on Facebook or follow us on Twitter for more sports updates. You can also download the NDTV Cricket app for Android or iOS.