Ryan Sidebottom took five for 18, including his 700th first-class wicket, as Yorkshire retained the County Championship Division One title by skittling Middlesex for 106 at Lord's. 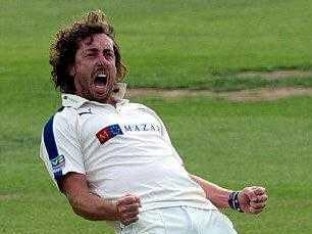 Middlesex were 0-3 after Sidebottom bowled the first over of the match and he eventually took five for 18, including his 700th first-class wicket, while Tim Bresnan chipped in with 4-30.

Yorkshire were assured of the title after Nottinghamshire, their nearest rivals, were bowled out for 204 in their home game with Durham at Trent Bridge.

Middlesex's collapse left Notts as the only side capable of taking Yorkshire's crown, but they needed five batting bonus points to maintain a mathematical hope of the title and only managed one.

Despite securing the title, Yorkshire will have to wait for their match to finish before they are presented with the trophy.

Yorkshire, coached by former Australia bowler Jason Gillespie, still have two matches to play after the Lord's fixture and could set a new record points tally for the English top flight.

Comments
Topics mentioned in this article
Ryan Sidebottom Cricket
Get the latest updates on India vs South Africa and check out  Schedule, Results and Live Score. Like us on Facebook or follow us on Twitter for more sports updates. You can also download the NDTV Cricket app for Android or iOS.