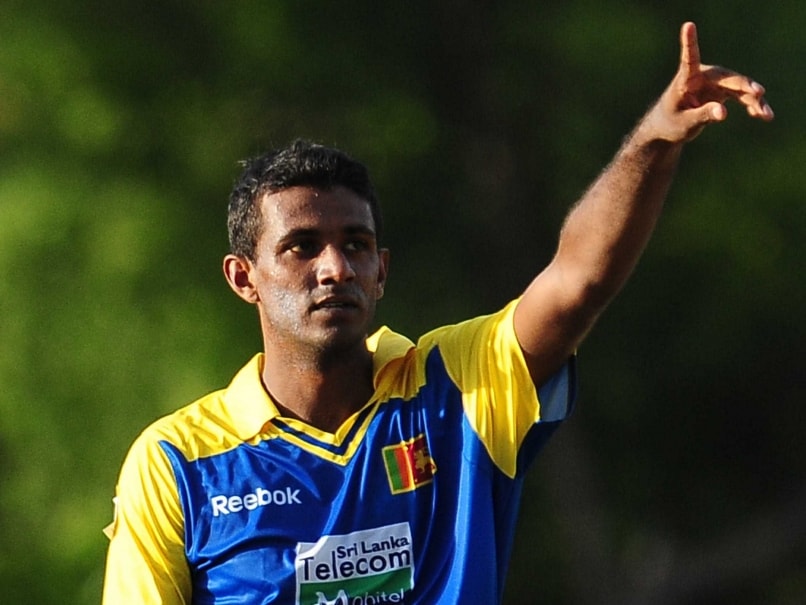 Farveez Maharoof last played an ODI for Sri Lanka in 2012 against Bangladesh.© AFP

Farveez Maharoof has been picked for Sri Lanka's ODI series in Ireland and England later this month. Pushing 32, Maharoof last played an international match in March 2012.

Sri Lanka will play a series of ODIs in Ireland and England. Maharoof will join the Test squad currently on tour in UK. Four other players --Â  all-rounder Danushka Gunathilaka, leg-spinner Seekkuge Prasanna, off-spinner Suraj Randiv and batsman Upul Tharanga - have been selected for the ODIs.

Sri Lanka play ODIs in Ireland on June 16 and 18 before a five-match series against England from June 21.

Maharoof has returned to the national team on the strength of his domestic performance.

Maharoof was the leading wicket-taker in Sri Lanka's List A championship, the Premier Limited Over Tournament. He took 16 wickets in five matches at an average of 6.31. He also scored 77 runs, playing for Nondescripts Cricket Club.

Maharoof last played a ODI match against Bangladesh in Dhaka in March 20, 2012. He went wicketless and scored 3 runs. Bangladesh won the match by five wickets, via Duckworth Lewis.

Known for his swing bowling, Maharoof played his last Test match against England at Lord's in June, 2011. Overall, he has played 22 Tests and 104 ODIs, taking 25 and 133, wickets, respectively.

Comments
Topics mentioned in this article
Sri Lanka Cricket Team England Cricket Team Farveez Maharoof Suraj Randiv Cricket
Get the latest updates on ICC T20 Worldcup 2022, check out the Schedule and Live Score. Like us on Facebook or follow us on Twitter for more sports updates. You can also download the NDTV Cricket app for Android or iOS.