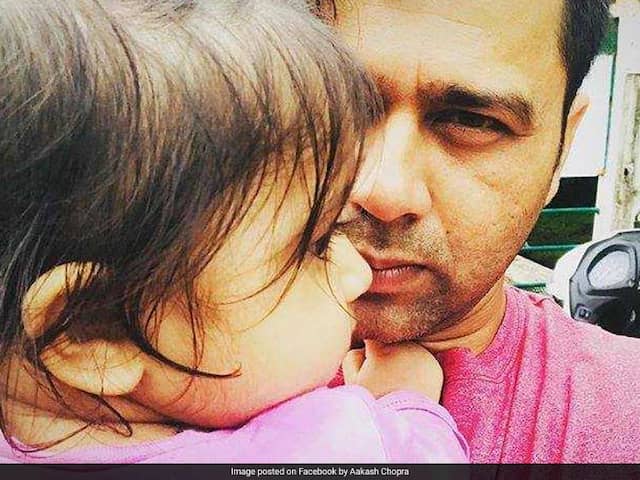 Former Indian cricketer Aakash Chopra on Wednesday earned widespread respect for his response to a Twitter user. It all began when Aakash Chopra posted a short 59-second video on his official Twitter account playing cricket with his daughter Aarna. "It's serious business #AakashvAarna #LoveHerToBits", he captioned the post. Twitter users were left in awe of his daughter given her young age and the cricketing strokes she played.

However, one curious fan asked the former Indian batsman a question about her daughter's career goals. "Don't think you will tell her to make a career in cricket", the user asked to which Aakash Chopra replied, "I won't tell her anything. She has the wings. We will try to give her an open sky. So that...she can fly".

I won't tell her anything. She has the wings. We will try to give her an open sky. So that...she can fly https://t.co/yLjFsNGOpd

The response drew appreciation for the former cricketer across all platforms.

Chopra has played 10 Tests for India scoring 437 runs and hitting two half-centuries. He made his Test debut for India against New Zealand in 2003. He had a good domestic career as he scored 10839 runs in 162 First-class matches at an impressive batting average of 45.35 with a triple hundred (301*) to his name. He scored 29 hundreds and 53 half-centuries in the First-class games.