South Africa will play three Twenty20 internationals in India next month ahead of the Test series, their first in the new world Test championship, which starts on October 2. 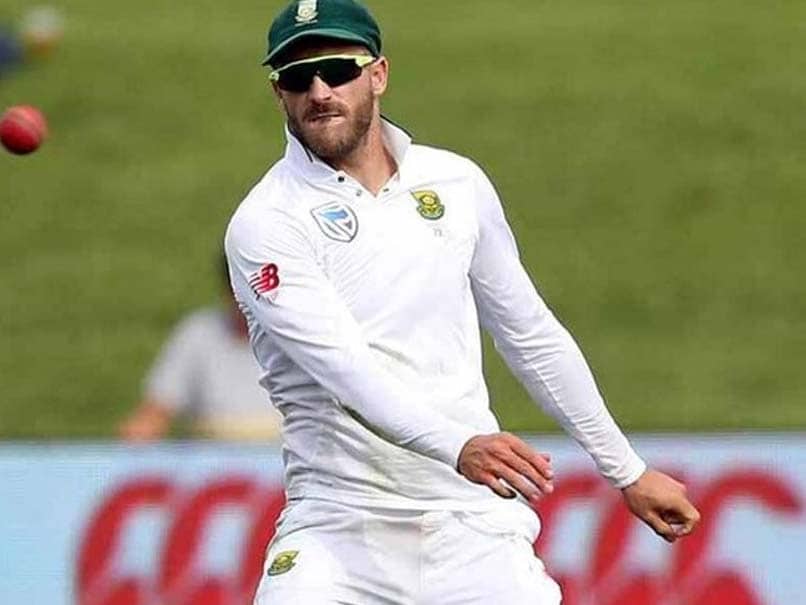 Faf du Plessis will captain South Africa in the Test series against India in October.© AFP

Faf du Plessis will captain South Africa in the Test series against India in October but may not lead the side in all formats, Corrie van Zyl, Cricket South Africa's (CSA) new acting director of cricket said on Tuesday. Van Zyl, who was appointed to the acting role following the weekend purge of head coach Ottis Gibson and his coaching staff, said he would chair a selection meeting "in the next day-and-a-half" to discuss future strategy, which would include planning for the 2023 World Cup.

"Faf will be the captain of the Test team," said Van Zyl.

"But we need to look forward and we will talk about the white-ball strategy to 2023."

South Africa will play three Twenty20 internationals in India next month ahead of the Test series, their first in the new world Test championship, which starts on October 2.

At Tuesday's press conference, Thabang Moroe, the chief executive of CSA, said he hoped the appointments in a new structure for the national team would be made before England start a tour of South Africa in December.

On Sunday, CSA said a football-style team manager would be appointed, who would take charge of all aspects of the national team, including the appointment of a coaching staff, the captain or captains and medical and administrative personnel.

Moroe also suggested that policy would be directed from the top.

"We want to see a more pro-active style of play with the team taking calculated risks and backing themselves," said Moroe who added that racial "representivity targets" (quotas) would remain in place with a target average of six black players in a team over the course of a season.

"There has been a bit of a disconnect between the players and the organisation (CSA)," he said.

"We want to streamline the system so decisions can be made almost instantaneously."

SACA chief executive Tony Irish is on record as saying the relationship between CSA and the players' body was at an all-time low.

SACA has consequently launched a high court application seeking a review of a CSA decision to restructure domestic cricket, made without any SACA consultation.

Moroe acknowledged there were differences between CSA and SACA but said there was no breakdown and that SACA would soon be invited to meet with the governing body.

Faf du Plessis Cricket
Get the latest updates on ICC T20 Worldcup 2022 and CWG 2022 check out the Schedule, Live Score and Medals Tally. Like us on Facebook or follow us on Twitter for more sports updates. You can also download the NDTV Cricket app for Android or iOS.