Fabian Allen missed his flight from Jamaica to Barbados, from where he was to take a chartered flight to Trinidad, but he was late to the airport. 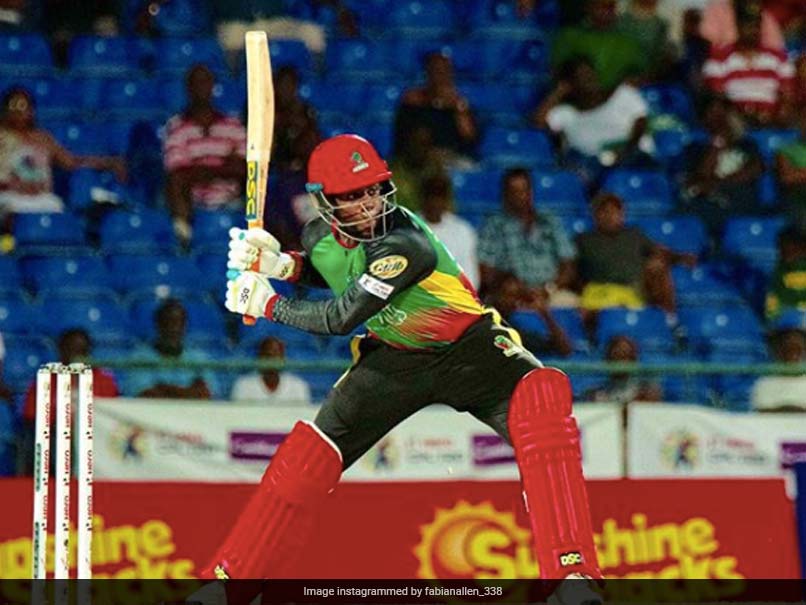 Fabian Allen was retained by St Kitts and Nevis Patriots for this season of the CPL.© Instagram

West Indies all-rounder Fabian Allen has been ruled out of the upcoming Caribbean Premier League (CPL) after missing his flight from Jamaica to Barbados. Allen, who was retained by St Kitts and Nevis Patriots in last month's draft, was due to reach Barbados on an internal flight on August 3 before boarding the charter to Trinidad, but was late to the airport and missed his flight. "Unfortunately, there was some confusion with his understanding of the flight details and he missed the flight. We explored all possibilities, but due to the pandemic and travel restrictions in Trinidad, the charter flight on Monday was the only way he could enter the country," ESPNCricinfo quoted Allen's agent as saying.

The CPL is all set to become the first major cricket league to start amid the coronavirus pandemic from August 18 while the final will be played on September 10.

The whole tournament will be played in Trinidad and Tobago across two stadiums and behind closed doors.

All the participants in the CPL are required to self-isolate for two weeks before they board their flights, and for two weeks upon arrival in Trinidad and Tobago.

All the overseas participants will be tested for COVID-19 before departure and then upon arrival followed by two more tests which will be conducted after a span of seven and 14 days.

The tournament will take place in a bio-secure environment with a series of stringent protocols in place to protect those involved in the tournament and the wider population from the COVID-19 spread.

Fabian Allen Cricket
Get the latest updates on IND vs NZ 2021, check out the Schedule and Live Score . Like us on Facebook or follow us on Twitter for more sports updates. You can also download the NDTV Cricket app for Android or iOS.