Kambli, 41, who had undergone angioplasty on two blocked arteries last year, was admitted to the Lilavati hospital on Friday morning after complaining of chest pain while driving. 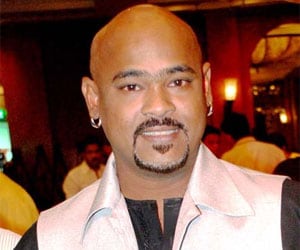 Vinod Kambli, the former India batsman once considered as gifted as his school friend Sachin Tendulkar, was recovering in a Mumbai hospital on Saturday after a suspected heart attack, doctors and his family said.

Kambli, 41, who had undergone angioplasty on two blocked arteries last year, was admitted to the Lilavati hospital on Friday morning after complaining of chest pain while driving.

"He is in the intensive care unit and we are monitoring his medical parameters," hospital director Narendra Trivedi told reporters. "He is stable and there is nothing to worry about."

Kambli shot to fame along with Tendulkar in 1988 when the two teenagers shared a then world record 664-run partnership in an inter-school match in Mumbai, with both batsmen making unbeaten triple centuries.

While Tendulkar retired earlier this month as the world's leading run-maker in both Test and one-day cricket and an unprecedented 100 international centuries against his name, Kambli faded after a bright start.

The flamboyant left-hander hit two double-centuries and two hundreds in his first eight Test innings after earning a debut in 1993, but another three-figure knock in Tests eluded him.

He also scored 2,477 runs in 104 one-day internationals with two centuries.

Comments
Topics mentioned in this article
Cricket Vinod Ganpat Kambli Sreesanth Sachin Ramesh Tendulkar
Get the latest Cricket news, check out the India cricket schedule, Cricket live score . Like us on Facebook or follow us on Twitter for more sports updates. You can also download the NDTV Cricket app for Android or iOS.