An all-rounder who opened the batting, Don Smith played three Tests for England during West Indies' tour of 1957 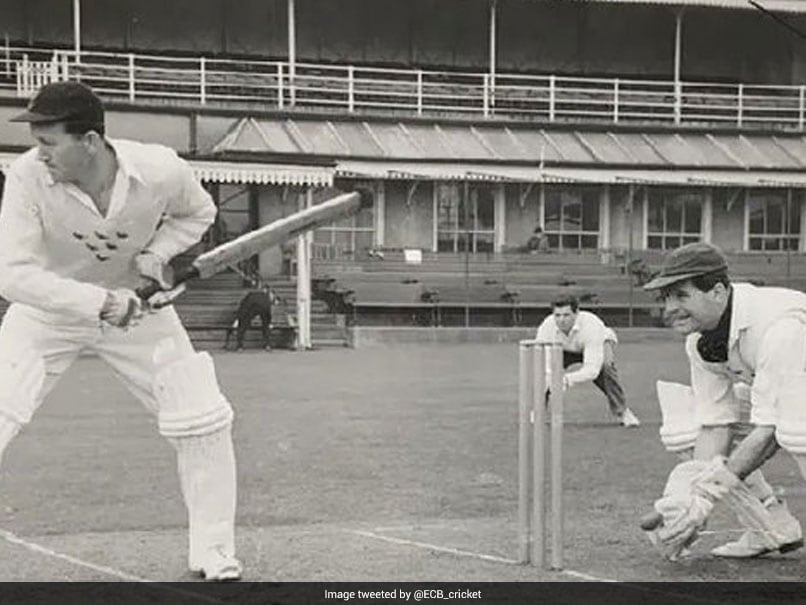 Don Smith played three Tests for England, having made his debut at Lord's against West Indies.© Twitter

England's oldest men's Test player Don Smith has passed away at the age of 97. An all-rounder who opened the batting, Smith played three Tests for England during West Indies' tour of 1957, making his debut at Lord's. He later went on to coach Sri Lanka before settling in Adelaide. "The ECB is saddened to learn of the death of former England international Don Smith at the age of 97. The ECB sends its condolences to Don's wife Lyn and his family and friends," the England and Wales Cricket Board (ECB) said in an official statement on Wednesday.

According to his county club Sussex, following his cricket career, Smith had intended to develop a business growing roses in Worthing but after a particularly dry summer he was invited to become cricket coach and groundsman at Lancing College, a job he did with distinction for over 20 years.

In 1984 he was invited to become the head coach of the Sri Lanka national team and after a short period in that role he and his wife Lyn, settled in Adelaide where he became a naturalised Australian.

Last week, the world's oldest living first-class cricketer Alan Burgess passed away at the age of 100.

A right-hand batsman and slow left-arm bowler, Alan appeared in 11 first-class matches for Canterbury from 1940/41 to 1951/52 and also for New Zealand Services in England in 1945. He took 6-52 on debut against Otago at Lancaster Park in a match that began on Christmas Day 1940.

England Cricket Team
Get the latest updates on IPL Auction 2023 and check out  IPL 2023 and Live Cricket Score. Like us on Facebook or follow us on Twitter for more sports updates. You can also download the NDTV Cricket app for Android or iOS.