England named their 14-member squad for their three-match ODI series against Ireland. 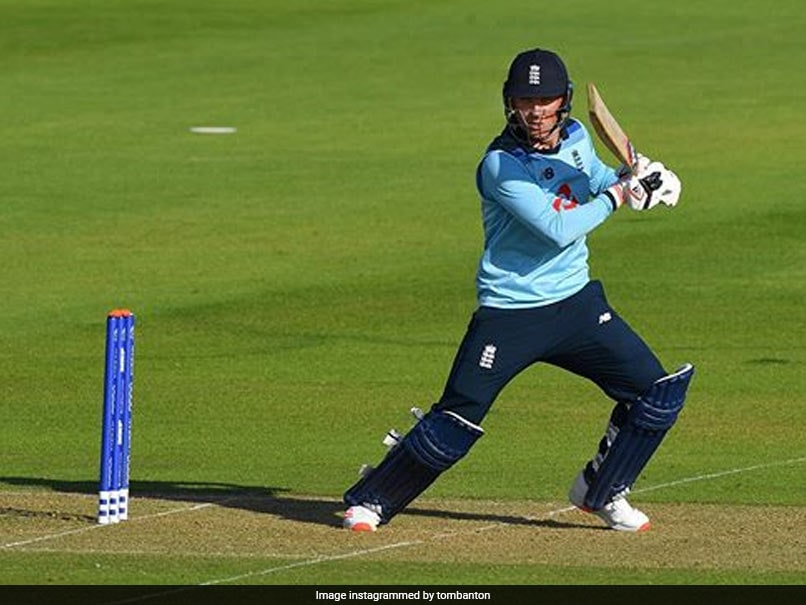 21-year-old Tom Banton has been included in England's squad for the series against Ireland.© Instagram

Tom Banton and Reece Topley on Monday were included in England's 14-member squad for the three-match ODI series against Ireland. The side would be led by Eoin Morgan while Moeen Ali will be the vice-captain. All the three ODIs will be played at the Ageas Bowl in Southampton behind closed doors, in a bio-secure environment. England's selectors have also named three reserves for the series against Ireland. "We are developing excellent strength in depth in white-ball cricket. Even though a number of Test players are unavailable, there is great competition for places, as we have seen during the intra-squad matches and the England Lions warm-up match," James Taylor, England selector said in an official statement.

"There are a number of players who'll feel unlucky not to have made the final squad and that says a lot about how many players we currently have pushing hard for selection at the highest level," he added.

The first ODI between England and Ireland will be played on Thursday, July 30.

Moeen Ali Cricket
Get the latest updates on IPL Auction 2023 and check out  IPL 2023 and Live Cricket Score. Like us on Facebook or follow us on Twitter for more sports updates. You can also download the NDTV Cricket app for Android or iOS.