Kevin Pietersen wrote in his autobiography 'KP' that England players fear losing a place in the national team if they participate in the cash-rich Indian Premier League. 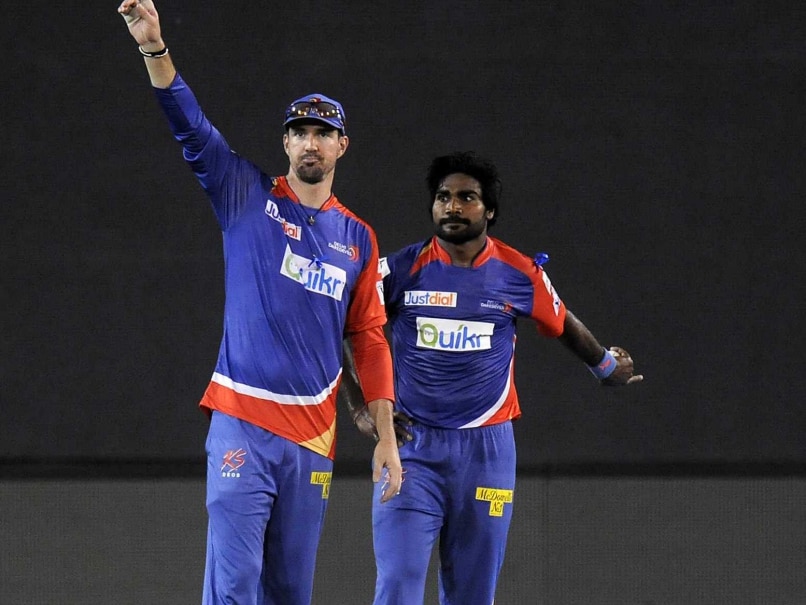 File Photo: Kevin Pietersen during an IPL match in 2014.© BCCI

Pietersen is of the opinion that England players fear losing a place in the national team if they participate in the cash-rich Twenty20 tournament.

"A lot of people in English cricket like to explain their attitude to the IPL as an ideological problem. It's a problem about India and money. The ECB doesn't really know how to deal with India or money. Whenever the IPL comes up in conversation you can feel the meeting room grow uneasy. When the IPL started, all ECB could see was IPL's money and its own jealousy," Pietersen wrote in his autobiography 'KP'.

"Despite having created and developed the Twenty20 format, England failed to see its potential and the fact is that they are gutted that India has got a hold of the strongest tournament in the world. Also English players want to play in the IPL but they are afraid of not being picked for the national team." (Also Read: Delhi Daredevils Sack Eric Simmons, Bring in Pravin Amre as Assistant Coach)

He also said that to save their broadcasting contract, the ECB pack the calendar and ensure that the players play for the national team and not in the IPL.

"The ECB won't reduce their own schedule because it has a television contract with Sky that provides a good chunk of their revenue."

The right-hand batsman also said that ECB deliberately stuffed the calendar with more Tests and more tours after signing a contract with Sky and directed its players to respect county cricket.

The 34-year-old, who captains the IPL side Delhi Daredevils said the English press follows the ECB's ideology about IPL.

"They say the IPL is chaotic, disturbing, corrupt and not real cricket. Good old-fashioned wholesome county cricket is enough for any clean-living person. Only grubby bat-for-hire mercenaries go out to India to collect money in that gaudy circus. The ECB, lacking the imagination to do anything more positive, have settled for drip-feeding condescension out to their media lapdogs," he observed.

Pietersen, who played 104 Tests and 136 One-Day Internationals (ODIs), also hit out at the 'traditionalist' England cricket commentators who doubt quality of cricket in the IPL.

"The IPL has a potential audience of a billion-people in India alone. It's an adrenalin rush. The format is built on aggression and thrills. You are paid and looked after far better. I have got to make a living. Your career passes you by quickly. The IPL is the future," he said.

"That does not mean that blockbuster cricket is not great fun. That it does not attract a huge audience, that the kids who catch it on TV aren't copying the styles and aggression of IPL players. It does not mean there's no craft," he said.

Comments
Topics mentioned in this article
Kevin Pietersen BCCI Cricket
Get the latest updates on IPL 2021, IPL Points Table , IPL Schedule 2021 , live score . Like us on Facebook or follow us on Twitter for more sports updates. You can also download the NDTV Cricket app for Android or iOS.