David Willey last played for England in the ODI series against Ireland last month. He has played 49 ODIs and 28 T20Is so far in his career. 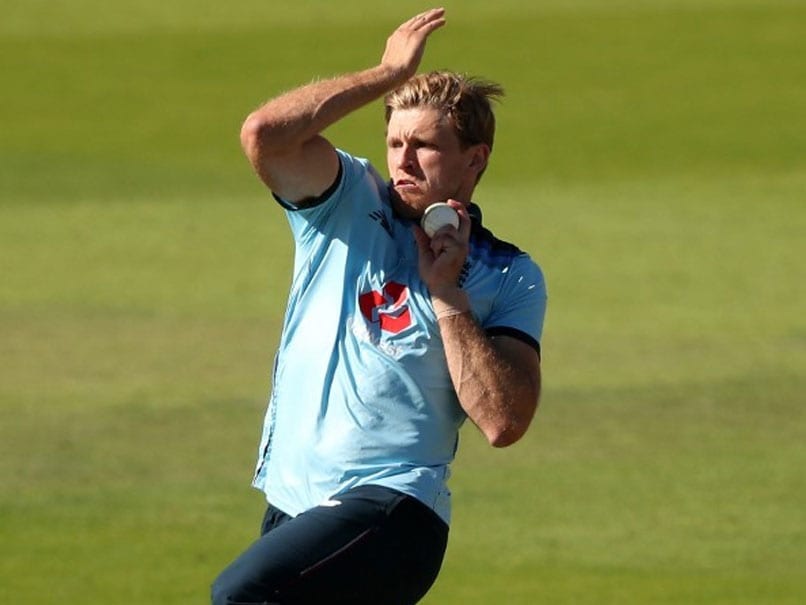 David Willey was the standout performer for England during the Ireland ODI series in August.© AFP

England all-rounder David Willeyon Thursday announced that he and his wife has tested positive for coronavirus. "Thank you for all the kind messages. My wife & I received positive COVID test results. Gutted to be missing the remaining games. Even more devastated that having been in contact with the other 3 lads Sat morning (before we had symptoms) means they're at risk & unavailable too," Willey tweeted.

The 30-year-old Willey last played for England in the ODI series against Ireland last month. He has played 49 ODIs and 28 T20Is so far in his career.

"YCCC can confirm that Matthew Fisher, Tom Kohler-Cadmore, Josh Poysden and David Willey will be unavailable for the remaining Vitality Blastgroup matches after a positive COVID test was received," the county club tweeted.

The players have been advised to self-isolate for 14 days, as per COVID-19 guidelines.