Middle-order batter Jemimah Rodrigues on Wednesday said that eight players from the country in the recently-concluded Women's Big Bash League (WBBL) prove how much talent India truly has. 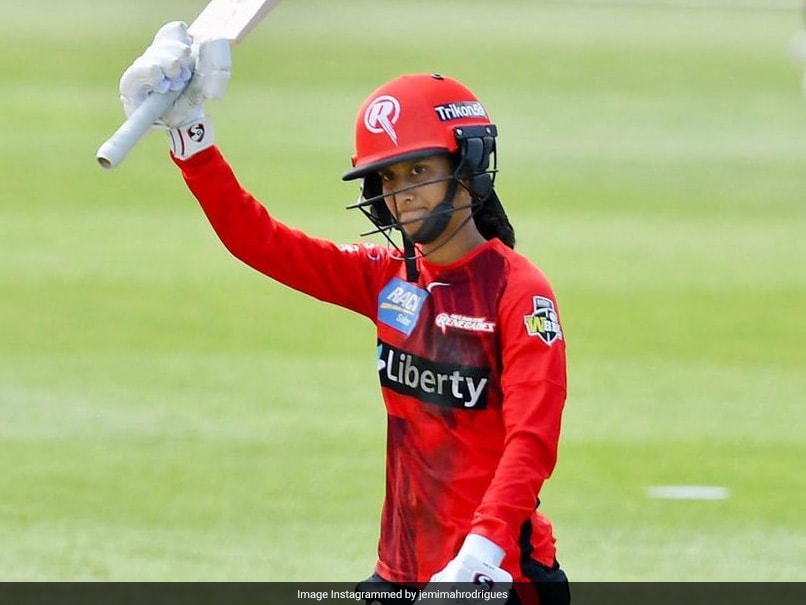 Jemimah Rodrigues said that 8 Indian players in WBBL prove how much talent country has.© Twitter

Middle-order batter Jemimah Rodrigues on Wednesday said that eight players from the country in the recently-concluded Women's Big Bash League (WBBL) prove how much talent India truly has. Jemimah had represented Melbourne Renegades in the recently-concluded WBBL and the right-handed batter was in good form, continuing from where she left off in the inaugural edition of The Hundred.

"Yeah, definitely I would look to carry on with the form. Anybody would love to do that. It is more exciting to do it in India colours and that is the ultimate goal to do whatever I can to help the team win and play according to the role that is given to me. I will be working towards it, very excited, looking forward to the next year as it will be a busy one," Jemimah told ANI here at an event, where she along with Smriti Mandhana, Taniya Bhatia and Shafali Verma signed an MoU with Hyundai.

Over the years, Jemimah has developed a great bond with opening batter Smriti Mandhana. Jemimah rated Mandhana's century in the day-night Test against Australia very highly and she was full of praise.

"I think Smriti Mandhana, even in the ODIs, had scored 80 odd. She was batting exceptionally well, she had double the pressure in the day-night Test to convert that 80 into a 100. She was very nervous as she was batting on 80 odd overnight. It was so nice to see Smriti bat, it was one of her best innings. It was effortless, I was very happy to see her bat," said Jemimah.

"Whatever you do, there is an expectation from you. It has been a learning process for me, I love the sport and hence I play it. I just have to go out there and do the things I have been doing," added the 21-year-old.

India Women Cricket
Get the latest updates on ICC Women's Cricket World Cup 2022 and IPL 2022, check out the Schedule , Live Score and IPL Points Table. Like us on Facebook or follow us on Twitter for more sports updates. You can also download the NDTV Cricket app for Android or iOS.