Starting the day on 153 for three, Pakistan lost their remaining seven wickets for 120 runs to be bowled out for 273. 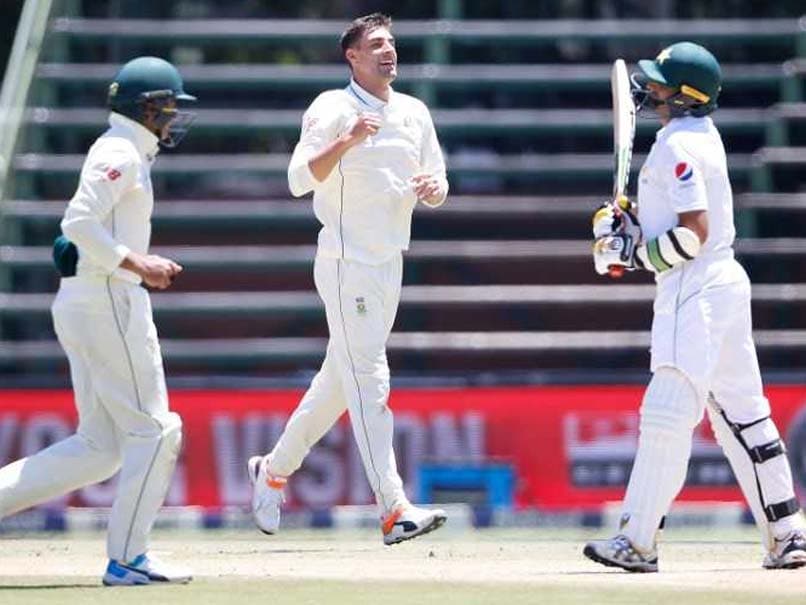 Duanne Olivier sparked a Pakistan collapse as South Africa completed a series clean sweep with a 107-run win on the fourth day of the third and final Test at the Wanderers Stadium on Monday. Starting the day on 153 for three, Pakistan lost their remaining seven wickets for 120 runs to be bowled out for 273. Olivier effectively ended Pakistan's hopes when he took two wickets off successive balls in the third over of the morning. Babar Azam received a fast, lifting ball angled in towards his throat, which he gloved to wicketkeeper Quinton de Kock. Azam (22) had helped Asad Shafiq add 58 for the fourth wicket.

Pakistan captain Sarfraz Ahmed was bowled first ball. Seemingly expecting another short-pitched delivery from Olivier, he was deep in his crease when he had his off stump knocked back by a fast, full delivery.

With Vernon Philander gaining unpredictable bounce from a good length just outside off stump, Shafiq advanced down the pitch and was caught at second slip off a ball which seamed away from him.

Faheem Ashraf and Mohammad Amir were both caught by Aiden Markram at gully off Kagiso Rabada.

Shadab Khan batted well to make 47 not out and received support from Hasan Ali, who made a quick 22, and Mohammad Abbas until Abbas was run out after a mix-up.

Olivier, who got his chance to play in the series because Philander was injured, was the leading wicket-taker with 24 at an average of 14.71. He was named man of the series.

Quinton de Kock, who made 129 for South Africa in the second innings, was man of the match.

Vernon Philander South Africa vs Pakistan, 3rd Test Cricket
Get the latest updates on IPL 2021, check out the IPL 2021 Schedule and Indian Premier League Live Score . Like us on Facebook or follow us on Twitter for more sports updates. You can also download the NDTV Cricket app for Android or iOS.