The Australian has been criticised for his performances as coach since taking charge in March, 2012 and indications are that the PCB might not renew his contract when it ends early next year. 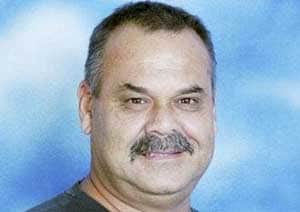 The under-fire head coach of the Pakistan team, Dav Whatmore has made it clear he didn't accept the challenge of coaching the national cricket team for money.

"I didn't take up this job because of the money. I don't want to go into details or figures but I came here taking a cut in my earnings. I accepted this job because I wanted to get back into international cricket and work with a team that I feel could achieve a lot," Whatmore said on on a private TV channel.

The Australian has been criticised for his performances as coach since taking charge in March, 2012 and indications are that the PCB might not renew his contract when it ends early next year.

Whatmore, who is withdrawing a salary of nearly 1.6 million rupees besides enjoying other perks, indicated he was interested in carrying on with the job.

"I think our team can win the coming T20 World Cup and do well otherwise also. I would like to see this team win the World Cup," he said.

Whatmore said compared to his previous coaching stints with the Sri Lankan and Bangladesh teams, Pakistan has been a totally different experience for him.

"Lets leave it at that but this has been a new experience for me. But one thing noticeable in Pakistan cricket is the existance of provincialism. I see one player might be popular in one city but not in another place. And this aspect dominates Pakistan cricket. In other countries one sees more nationalism in cricket," he said.

Whatmore also insisted that he was not bothered by the criticism aimed at him.

"I think people have a right to their own opinion but sometimes I know where it is coming from."

The Pakistan coach also hit out at the argument that the team didn't need a foreign coach.

"As far as I am concerned it is a case of the best person for the job male or female, foreign or local. I took this job because I knew I could give something to Pakistan cricket."

Comments
Topics mentioned in this article
Cricket Jonty Rhodes Waqar Younis Davenell Frederick Whatmore
Get the latest updates on ICC T20 Worldcup 2022 and CWG 2022 check out the Schedule, Live Score and Medals Tally. Like us on Facebook or follow us on Twitter for more sports updates. You can also download the NDTV Cricket app for Android or iOS.