The selectors have also claimed that they were not even kept in the loop for the appointment of women's bowling and fielding coach. 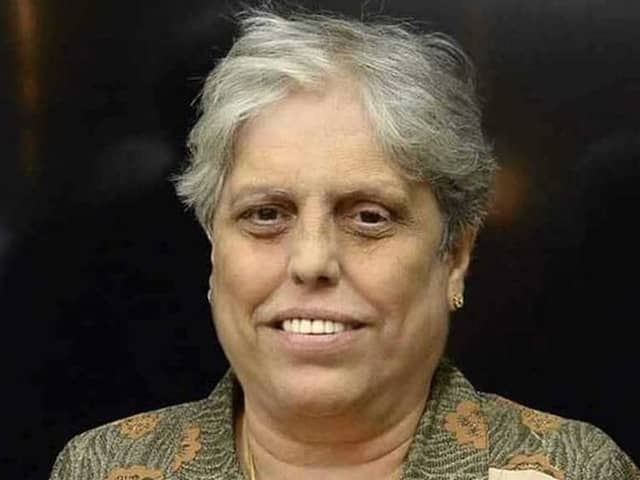 Diana Edluji questioned the "unconstitutional" appointment of the support staff of the women's team.© AFP

COA member Diana Edulji and BCCI's new apex council member Shantha Rangaswamy on Friday questioned the "unconstitutional" appointment of the support staff of the women's national team in a letter to board CEO Rahul Johri. GM (Cricket Operations) Saba Karim, who is in-charge of women's cricket, is the one under the scanner for these appointments. A day after the Hemlata Kala-led women's selection panel wrote to the the CEO, claiming they were kept out of the hiring process of the support staff, former India captains Edulji and Rangaswamy have lashed out at the shabby treatment handed out to the national team.

As per the BCCI constitution, selectors are supposed to appoint the support staff of the national teams, both men and women. Due process was followed for the appointment of men's team support staff recently.

"I am shocked reading the article quoting the e-mail from women selectors to you regarding the sham process being followed for selection of the video analyst.

"It is even more worrisome that the person Mr Pushkar Sawant, wanted by Saba Karim (GM cricket operations) and NCA is already booked on the flight to West Indies. The whole process looks like an eye wash," Edulji, who is set to demit office alongside two other COA members, wrote in the letter, which is in possession PTI.

Selectors have claimed that that they were not even kept in the loop for the appointment of women's bowling and fielding coach.

They were only asked to conduct interviews for the role of a video analyst, for which the process ended on Friday.

Both Edulji and Rangaswamy claimed that rules have been violated even for the video analyst's role though application were invited in this case, unlike in the case of bowling and fielding coach.

NCA bowling coach Narendra Hirwani and T Dilip will be travelling with the team to the West Indies, as bowling and fielding coach respectively.

"I have also received an e-mail from Shantha Rangaswamy, nominated member on the BCCI apex council, which has been marked to you and the selectors, wherein she has stated that these things are been done deliberately to accommodate persons chosen by the powers that be and not following the established practises. A very serious allegation.

"The article and the mail cast serious aspersions and doubts about the dealings of the cricket operations especially Saba who is heading it and despite repeated instructions by COA, he is defying and wanting to place persons to these positions without due process.

"I am marking this to my colleagues so that they are aware of what is happening behind the COA's back. I will not be giving my consent to this sham interview that is taking place today for the video analyst as Mr Pushkar Sawant has already been nominated for the tour," wrote Edulji.

"This is the national Indian Team that is travelling and such shabby treatment is being doled out to them. I wonder if you would do this to the men's team."

When Karim, who is in the centre of this whole controversy was contacted by PTI, he said: "Since the mail has been addressed to the CEO, it is best to speak to him."

India Women Cricket BCCI Syed Saba Karim
Get the latest Cricket news, check out the India cricket schedule, Cricket live score . Like us on Facebook or follow us on Twitter for more sports updates. You can also download the NDTV Cricket app for Android or iOS.