Former West Indies all-rounder Dwayne Bravo said that MS Dhoni personally played a big role in helping his career, and both of them have a great legacy at Indian Premier League franchise Chennai Super Kings. 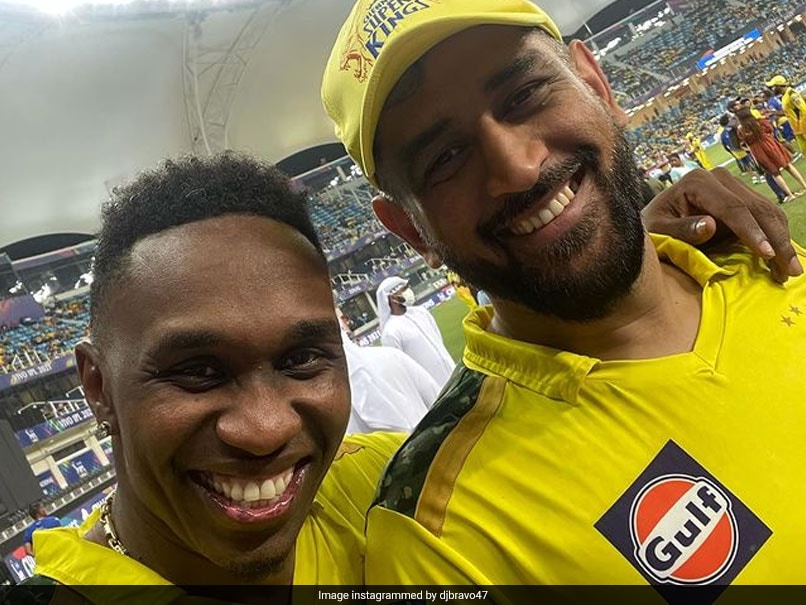 Former West Indies all-rounder Dwayne Bravo said that MS Dhoni personally played a big role in helping his career, and both of them have a great legacy at Indian Premier League (IPL) franchise Chennai Super Kings (CSK). In an interaction with ANI, Bravo opened up on his admiration for Dhoni, the legacy at IPL franchise CSK and his upcoming fashion label 'Djb47'. CSK retained Ravindra Jadeja, MS Dhoni, Ruturaj Gaikwad and Moeen Ali ahead of the Indian Premier League (IPL) 2022. Bravo also confirmed that he would be entering the mega auction.

"We all know that MS Dhoni and I call each other brothers from another mother. We have developed a strong friendship. He is a global ambassador of the game and he has helped my career personally. We both have a great legacy at CSK and we have helped in turning that franchise into one of the most dominant franchises and that will be there in the history books. We have a strong friendship and that is more important than anything else," he added.

The 38-year-old all-rounder recently announced his retirement from international cricket at the T20 World Cup, bringing down the curtains on a career spanning more than 17 years.

Bravo also said that T10 perhaps might be the format that can help cricket become an Olympic sport.

"That is every cricketer's dream to see the sport in the Olympics. T10 might be the way to go there, no one knows but everyone is hoping for it. Hopefully, sooner rather than later, cricket will become an Olympic sport," he said.

Bravo is now gearing up for his maiden innings as a fashion entrepreneur with the launch of his clothing line. DJ Bravo, as he is popularly known after his hit single 'Champion' launched Djb47 in partnership with Singapore-based 3 Big Dogs Pte Ltd.

"In life, there is nothing too late. This is one part of my business venture. My biggest fanbase is in India, what I am doing is for my fans. India has done so much for me, so I think it is fair and right that I launch my first store in India," added Bravo.

"There is a long-term plan, but I also need to take it slow. People have started to go outdoors, the plan is to open stores in UAE, Caribbean, the US, Australia. These are the long-term goals. My fanbase is spread across the globe, we have all the designs," he said.

Dwayne Bravo Cricket
Get the latest updates on SA vs IND 2021-22, check out the Schedule and Live Score . Like us on Facebook or follow us on Twitter for more sports updates. You can also download the NDTV Cricket app for Android or iOS.