New Zealand media on Tuesday labelled the Black Caps "clueless" and "awful" after they crashed to a 10-wicket defeat at the hands of Sri Lanka in the first Test in Galle. 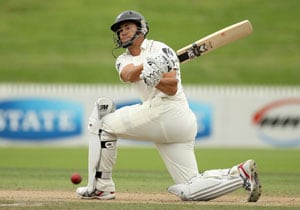 New Zealand media on Tuesday labelled the Black Caps "clueless" and "awful" after they crashed to a 10-wicket defeat at the hands of Sri Lanka in the first Test in Galle.

"Black Caps self-destruct again", said the headline in the Dominion Post after New Zealand entered the third day with hopes of a win only to be mesmerised by spinner Rangana Herath and bowled out for just 118.

"It's one of the unexplained mysteries of New Zealand cricket that when the Test side gets a sniff of a chance, it regularly self-destructs in its second turn at bat," the newspaper said.

It said the performance was exhibit A in a file marked "Awful New Zealand third-innings batting collapses", while the New Zealand Herald said the team was "so clueless it defies description".

Cricket writer Richard Boock said the defeat marked the first time New Zealand had lost five straight Tests since the 1950s, adding: "It seems as bad as it's been for a long, long time.

"The team seems to have got into the habit of losing and they're down on confidence," Boock told Radio New Zealand.

"They're hollow players right now, shells of cricketers. Once the ball starts turning, particularly turning both ways, they look all at sea."

The Herald said there were some positives in the performances of young pacemen Tim Southee and Trent Boult, who helped contain Sri Lanka's first innings total, but Herath had exposed the team's vulnerability to spin.

Boock called for Brendon McCullum to replace Ross Taylor as captain to give the Black Caps a more positive approach.

"He'll try everything that he can, he's a gambler, he's a risk taker," he said.

"So that's one option open to them but whether that would make any difference is hard to tell."

The second and final Test begins in Colombo on Sunday.