"It Was A Dream Of Mine": Deepti Sharma On Receiving Arjuna Award

Deepti Sharma said that after winning the Arjuna Award, there is more responsibility on her to perform even better for India. 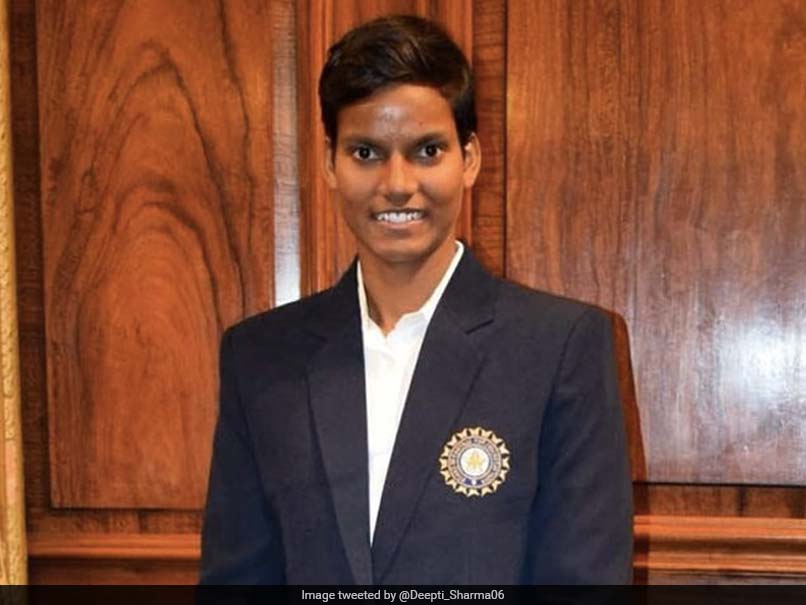 Deepti Sharma has played 54 ODIs and 48 T20Is for India.© Twitter

Indian women's cricket team's Deepti Sharma, who received the Arjuna Award on Saturday, said it was her dream to get her name added in the list of the recipients of this prestigious award. "I have worked hard from the very beginning and my family has also supported me throughout. I was waiting for this day and today I received it. It is a very proud moment for me." Sharma told ANI on Saturday. "After this, the player's responsibility increases to do even better for the country. It was a dream of mine to get my name added in the list of the recipient of this award," she added.

Arjuna Award is an honour bestowed by the Ministry of Youth Affairs and Sports to recognise the achievement of athletes. The prize money for Arjuna Award and Khel Ratna Award has been increased to Rs 15 lakhs and Rs 25 lakhs, respectively.

In the shortest format, Deepti has taken 53 wickets and has registered 423 runs at an average of 18.39.