David Warner is currently serving a 12-month ban from international and state cricket for his role in a ball-tampering scandal. 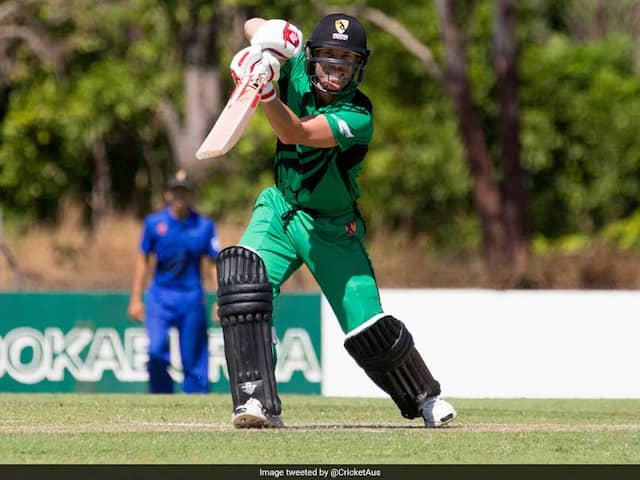 Banned Australian cricketer David Warner's decision to walk off mid-innings during a Sydney grade game was prompted by "hurtful" comments from the brother of former Test teammate Phillip Hughes, who died in 2014 after being hit by a ball, his wife said on Sunday. The former Australia vice-captain is currently serving a 12-month ban from international and state cricket for his role in a ball-tampering scandal. Warner was batting for his club Randwick-Petersham when the incident occurred on Saturday. He left the field on 35 but returned shortly afterwards following the intervention of teammates, and went on to score a stupendous 157. Candice Warner said Jason Hughes -- the brother of Phillip, whose tragic death rocked the sporting world -- was the culprit.

"Look, I'm not going to go into the details. However, David was taken aback by the comments and thought they went a little bit too far so he decided to remove himself from the game," she told Channel Nine.

Cricket Australia's website claimed that what started as goading from Hughes soon turned personal and Warner -- who has a fierce on-field reputation -- decided to leave before it escalated.

It claimed one witness heard a direct reference to Phillip Hughes's death.

"Everyone has their own opinion, but I think there's a difference between sledging and abuse," Warner's wife added.

"I'm not going to get into what was said yesterday, but it went too far. I would personally put (the comments) into the (abuse) category, but I'm talking for myself.

"He removed himself firstly because he didn't like what he was hearing and where that could've been taken. It was hurtful, very hurtful."

"But he realised that he had to play. He turned around and back out he went," he said.

"He wasn't teary. But you could tell he had been quite affected by that. It wasn't a heated exchange. It was something said in close range."

Warner was fielding on November 25, 2014, when Phillip Hughes was struck by a bouncer bowled by Sean Abbott during a Sheffield Shield match at the Sydney Cricket Ground.

Hughes, 25, later died from bleeding on the brain, sparking an outpouring of grief.

At the inquest, Warner said Hughes had been one of his "closest mates" and he missed him every day.

Warner, along with Steve Smith, was sent home in disgrace and banned over the tampering scandal during the third Test in South Africa in March.

He was blamed as the instigator of the incident in which Cameron Bancroft attempted to alter the ball with a piece of yellow sandpaper.

Two reviews prompted by the scandal -- one focusing on the culture within Cricket Australia and the other into the team -- are due to be released on Monday.