David Warner is back on TikTok with another in what is now quite a long list of videos. 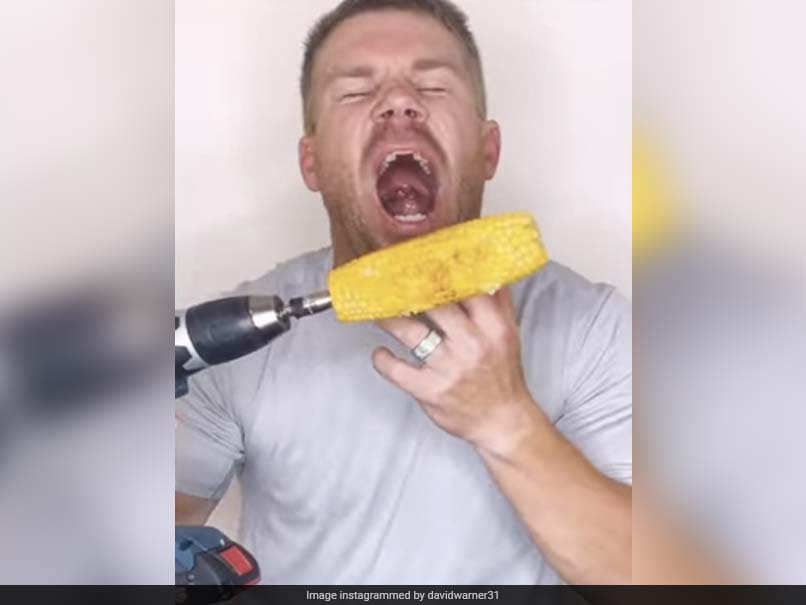 David Warner has gained a lot of popularity on social media platforms during lockdown.© Instagram

David Warner is one of the most active cricketers on social media platforms at the moment. Warner with his regular posts on his social media handles has made sure that his fans are entertained during the lockdown. David Warner joined TikTok last month, and since then the Australian batsman has made it a point to share videos on a regular basis. In the latest video shared by him on Instagram, David Warner hilariously tries to eat corn which is placed on a drilling machine. As the video nears its end, Warner acts as if he lost his tooth in the process. Warner in the caption of his post wrote, "Don't try this at home".

The Australian batsman has managed to entertain his fans on a daily basis from around the world, In the process, Warner has gained a lot of followers on his social media accounts because of his posts.

The left-handed Australian batsman like many other cricketers from around the world is spending time with his family as the world battles against the coronavirus pandemic.