Dasun Shanaka was the first to agree to sign Sri Lanka's tour contracts for the series vs India. 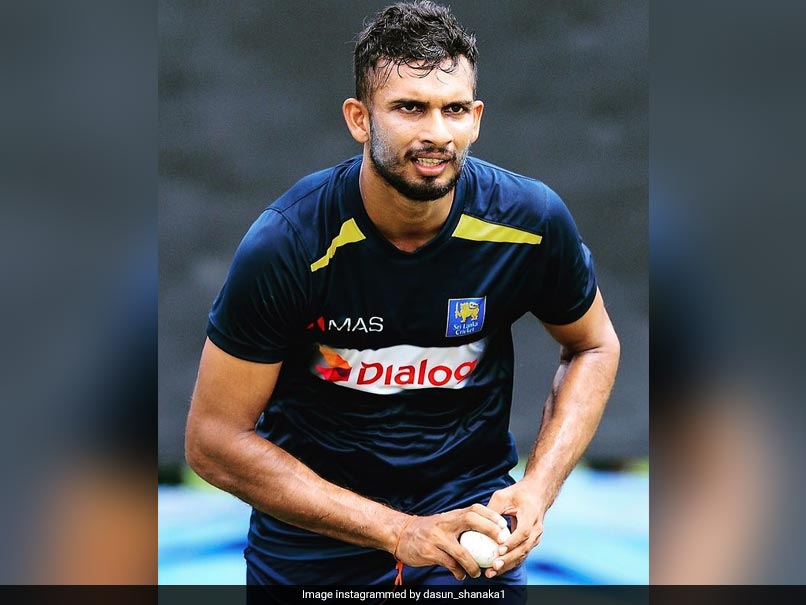 Dasun Shanaka is set to replace Kusal Perera as the skipper of the Sri Lanka limited-overs team. Perera had been appointed as the skipper of the Sri Lanka limited-overs side in May this year, and he led the side in the series against Bangladesh and England. As per a report on ESPNcricinfo, Shanaka was the first to agree to sign Sri Lanka's tour contracts for the series against India, and this led to the standoff between players and Sri Lanka Cricket (SLC) coming to an end.

Earlier, the SLC had said that the board would field a second-string side against India if the players did not agree to sign the players' contracts.

If Shanaka's appointment is eventually confirmed, he would become Sri Lanka's sixth captain in less than four years, with Dinesh Chandimal, Angelo Mathews, Lasith Malinga, Dimuth Karunaratne and Perera having all held the role since the start of 2018.

Sri Lanka failed to win a single match on their tour to England after they suffered a 3-0 defeat in T20Is and a 2-0 loss in the ODI series.

Now, the Island Nation will lock horns against India in three ODIs and three T20Is.

Sri Lanka Cricket Team Dasun Shanaka Cricket
Get the latest updates on IPL 2021, check out the IPL 2021 Schedule and Indian Premier League Live Score . Like us on Facebook or follow us on Twitter for more sports updates. You can also download the NDTV Cricket app for Android or iOS.