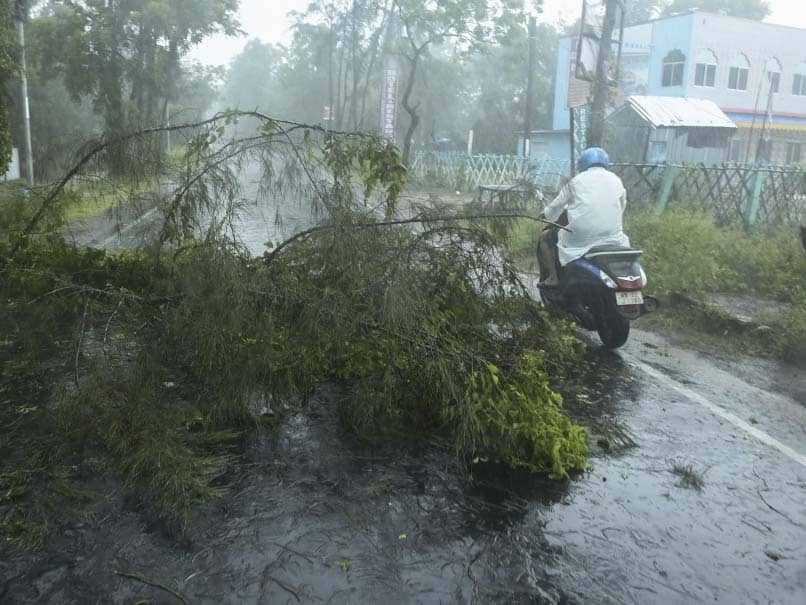 Virat Kohli tweeted a message to those affected by Cyclone Amphan, one of the worst storms over the Bay of Bengal in years, devastated Odisha and West Bengal. "My thoughts and prayers go out to everyone affected by #CycloneAmphan in Odisha and West Bengal," the captain of the Indian Cricket Team tweeted. "May God protect everyone out there and hope things get better soon," he added. The cyclone has killed 12 people in West Bengal, chief minister Mamata Banerjee said.

My thoughts and prayers go out to everyone affected by #CycloneAmphan in Odisha and West Bengal. May God protect everyone out there and hope things get better soon.#PrayForWestBengal

India all-rounder Ravindra Jadeja also tweeted his prayers for the safety of those living in the two affected states.

"Praying for everyone's safety and well being in West Bengal and Odisha. My condolences to the family members who lost their loved ones in this tragic time," Jadeja wrote in his tweet.

Praying for everyone's safety and well being in West Bengal and Odisha. My condolences to the family members who lost their loved ones in this tragic time.

Other players like Harbhajan Singh and Shubman Gill also tweeted on the cyclone.

My condolences to the families who lost their loved ones due to the #AmphanCyclone. In these difficult moments, praying for the safety of everyone in West Bengal and Odisha.

The powerful cyclone, which barrelled into the coast with gusting winds of up to 185 km per hour, destroyed thousands of homes, leaving authorities struggling to mount relief efforts amid the coronavirus crisis.

Mamata Banerjee claimed damages due to the cyclone could be in the region of Rs 1 lakh crore.

Over five lakh people had been taken to shelters in Bengal and over one lakh in Odisha.

Amphan lay about 270 km north-northeast of Kolkata as of 5:30 am on Thursday, the weather department said. It is very likely to continue to move in that direction and weaken further into a deep depression during the next three hours and into a depression in the subsequent six hours, the Met office said.