The 50-over competition has been relocated to one stadium and will be played behind closed doors to minimise the risk of transmission of Covid-19. 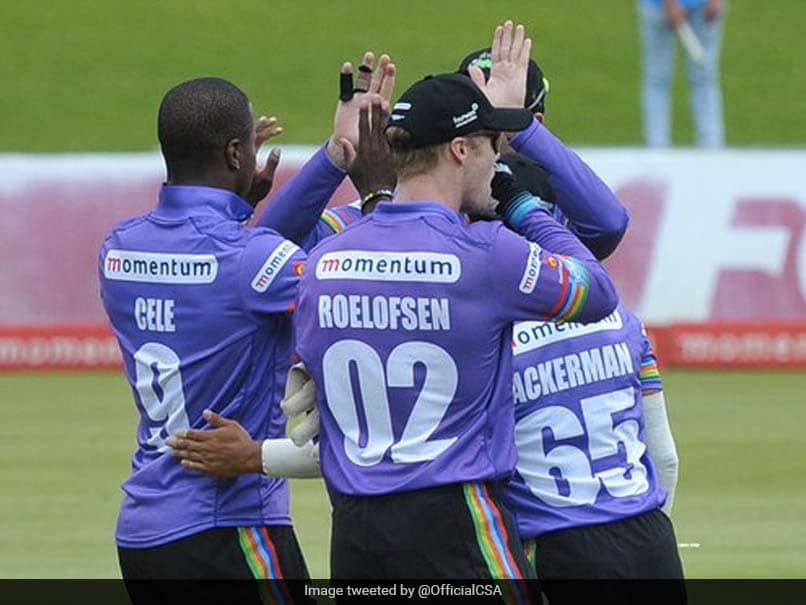 Cricket South Africa (CSA) on Sunday confirmed the One-Day Cup will commence on January 9, with a revised number of 15 matches set to take place in a bio-secure environment (BSE) at Senwes Park, Potchefstroom. The 50-over competition has been relocated to one stadium and will be played behind closed doors to minimise the risk of transmission of Covid-19.

The six competing franchises remain divided into two pools of three teams each. Defending champions, the Dolphins share Pool A with the Titans and Knights and are scheduled to play each other on a home and away basis within their pool between January 9-16.

Lions, Cobras and Warriors make up Pool B and are set to get their campaign underway from January 29 to February 5.

Originally the sides were expected to play a single round of cross-pool matches, but instead, the top two teams of each pool will go head-to-head in the semi-finals on February 11 and 12 with Senwes Park hosting the final on February 14.

CSA Director of Cricket Graeme Smith said: "It is great to be able to reaffirm that the Momentum One-Day Cup is going ahead this summer. It is the first limited-overs competition of the season and the respective franchises are raring to get going following a couple of weeks out of competitive action.

"It is unfortunate that we have to reduce the number of matches being played and move the entire competition to one venue, but the restrictions need to be put in place to ensure the tournament goes ahead in a safe environment in accordance with Government regulations," he added.

Pool A will enter the BSE on Monday evening in preparation for the opening fixture between the Titans and Dolphins on Saturday.

"Cricket South Africa is also pleased to confirm that all 15 matches will be televised live on SuperSport. With both our domestic and international tournaments currently being played behind closed doors, there is a strong appetite for live cricket.

"Televising every match will give fans unprecedented access to domestic cricket and showcase local talent in the absence of attending matches," Smith concluded.