Cricket Australia on Thursday laid off majority of its staff till June 30 as it battled a financial crisis triggered by the COVID-19 pandemic but remained hopeful of the T20 World Cup in October-November. 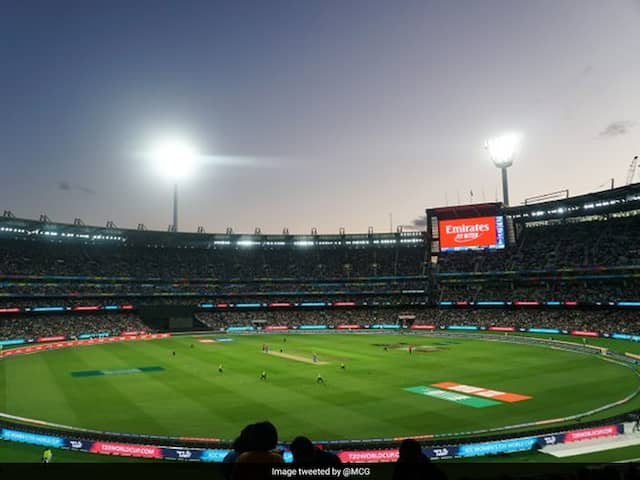 Cricket Australia had earlier delayed the announcement of central contracts for its players.© Twitter

Cricket Australia on Thursday laid off majority of its staff till June 30 as it battled a financial crisis triggered by the COVID-19 pandemic but remained hopeful of the T20 World Cup in October-November, followed by the India tour being held on schedule. The Australian financial year starts on July 1 and ends on June 30, which means that employees have been laid off for a period of two and half months during which it is impossible to have any sporting activity with no chance of normalcy around the corner.

"We have made the decision during this period of isolation, where activity has naturally been reduced, to stand down our people on reduced pay (with the exception of a skeleton staff) effective 27 April for the remainder of the financial year," CA said in a statement.

The decision was conveyed to the staff by Chief Executive Kevin Roberts.

"The impacts on the sports industry of the coronavirus pandemic are bigger than any one sport," CA said.

"We are conscious of the impact this will have on Australian Cricket and are working hard to manage that proactively," it added.

Cricket Australia had earlier delayed the announcement of central contracts for its players amid the financial hit caused by the pandemic.

Players have also spoken about the possibility of a pay cut given the situation. While there is speculation that the IPL, which has been postponed for the time being, might take the T20 World Cup's slot, CA said the host country is ready to conduct the event even in empty stadiums if that's what guidelines demand.

The CA admitted that there have been major financial repercussions of the pandemic.

"Even though CA was able to complete a bulk of its 2019-20 season before the coronavirus crisis hit, the subsequent downturn has brought the indefinite postponement of cricket and other sports worldwide, which has in turn severely disrupted commercial partners and other revenue streams," it stated.

"CA remains optimistic the 2020-21 men's and women's home summer - scheduled to begin with the men's T20 World Cup in October and November - will proceed, whether in empty stadia if social distancing restrictions remain in place or as relevant crowd guidelines allow," it added.

The CA has followed in the footsteps of the Australian Football League and the National Rugby League in laying of staff till June 30.

"...CA has followed the lead of the Australian Football League and National Rugby League in reducing its workforce to a skeleton staff until June 30 when more will be known about restrictions brought about by the virus, and the economic picture is potentially clearer," it stated.